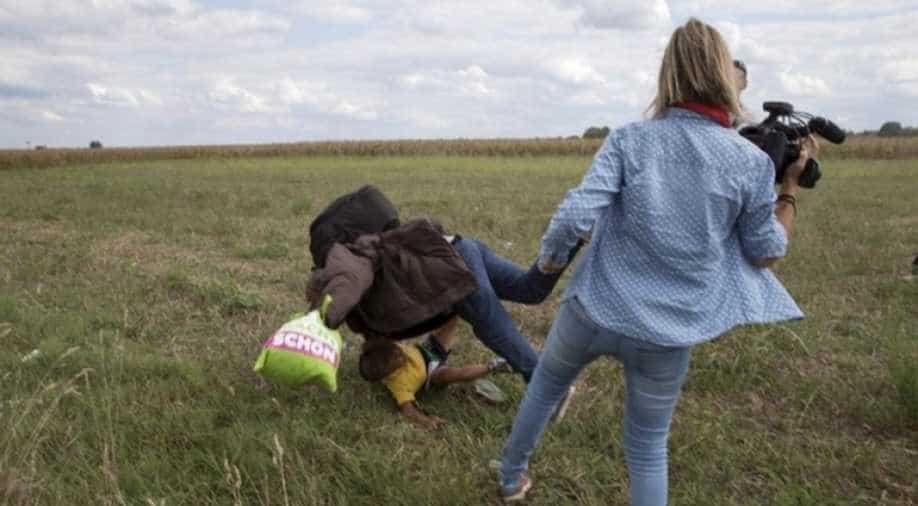 A Hungarian camerawoman who was caught on camera kicking and tripping migrants running from police near the border with Serbia was sentenced to three years’ probation on Thursday, the BBC reported.

In 2015, Petra Laszlo was captured kicking two people as they were running from police. Later, she also tripped a man carrying a child.

She was fired from her job at N1TV after the video went viral.

Laszlo has been found guilty of “disorderly conduct” by the Szeged District Court.

She appeared in the court hearing via video link and occasionally broke into tears, according to the BBC. Laszlo has said she will appeal.

Judge Illes Nanasi said Laszlo's behaviour "ran counter to societal norms" and rejected her defence lawyer's argument that she was trying to protect herself, the BBC further reported.

Prosecutors had previously said there were no grounds to charge Laszlo with a racially motivated hate crime.