Hundreds demand US ouster from Iraq in Baghdad 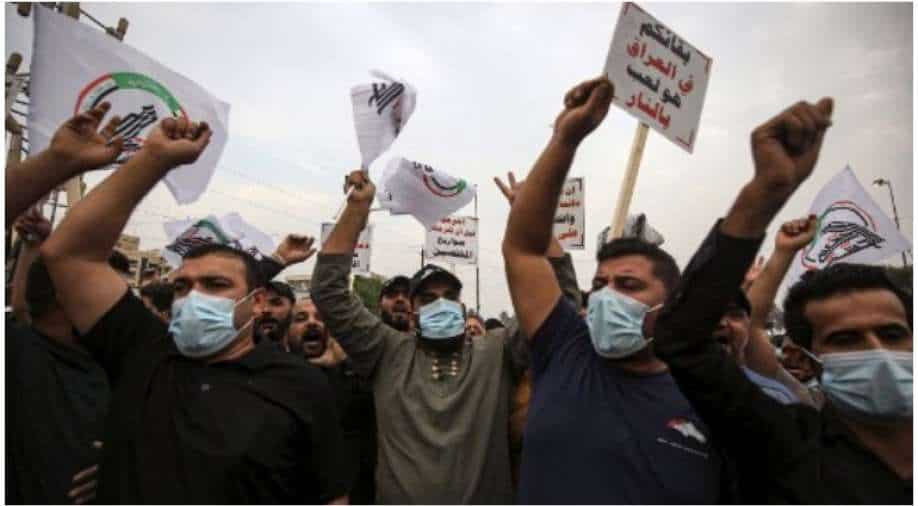 This handout undated video grab image distributed by TOLO TV shows former Afghan television presenter for TOLO News, Yama Siawash, taking part in a broadcast, at TOLO TV in Kabul. A former Afghan television presenter and two other civilians were killed in a bomb explosion in Kabul on November 7, police said, in the latest violence to rock the city. Photograph:( AFP )

Several hundred protesters gathered in Baghdad on Saturday and demanded ouster of US troops from Iraq. Iraqi Parliament had voted to this effect earlier this year.

"We will choose resistance if parliament's vote is not ratified!" read one of the banners at the demonstration, which took place near an entrance to the high-security Green Zone, where the US embassy and other foreign missions are located.

Some of the protesters carried sign having logo of Hashed-al-Shaabi. It is a state-sponsored network of armed groups including many supported by Iran.

In January, after US airstrike killed top Iranian general Qasem Soleimani and the Hashed's deputy head, outraged Iraqi parliamentarians had voted to oust all foreign forces deployed in the country.

The US has sent thousands of troops to Iraq since 2014 to lead an international coalition helping Baghdad fight the Islamic State jihadist group.

Washington has drawn down those forces in recent months to around 3,000, and other coalition countries have also shrunk their footprint.

Starting in October 2019, rockets regularly targeted those troops as well as diplomats at the US embassy.
Over the summer, there was a marked increase in attacks against coalition logistics convoys using roadside bombs.

Enraged by the ongoing attacks, the US in late September threatened to close its Baghdad embassy and carry out bombing raids against hard-line elements of the Hashed.

Pro-Iran factions announced a temporary truce in October that put an end to the attacks, with no rockets targeting the embassy or foreign troops since.

Iraq has long been caught in the struggle for influence between its two main allies, the US and Iran, with the tug-of-war intensifying under US President Donald Trump.

Baghdad has been closely monitoring the results of the US presidential elections, seeing a change in the White House as a sign that tensions between Washington and Tehran could decrease.