How Donald Trump gets by: By operating in the twilight zone between truth and falsity 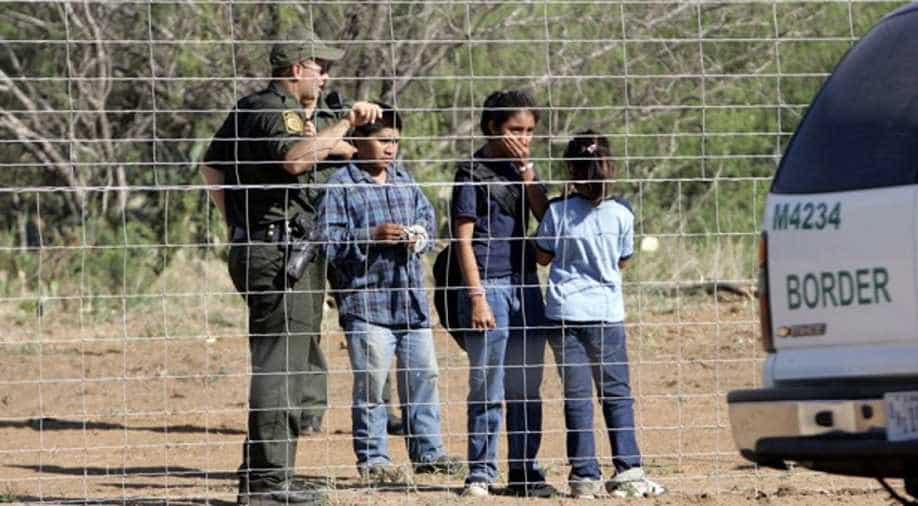 The world often wondered, how did Donald Trump win the US election. Well, he won through bullshitting.

Tired, scared and struggling from job loss, declining wages and endless military engagement in the Middle East, the American citizens bought into Trump’s endless bullshit on illegal immigration. Courtesy the rhetoric used during the election campaign, America’s economic revival suddenly became contingent on issues related to immigration. Migrants, legal or otherwise, Trump argued, is taking away jobs of Americans. It is the economic rights of Americans he professed to protect, and pleaded votes based on the claim.

It is about time that we decode the presidential bullshit on immigrants and their role (or lack of it) in the American life. Of course, by now as protestations flowed from the IT sector, Trump has learned to hammer down only on illegal immigrants, blaming them for all of the country’s ills, from crime to depleted national resources. As far as foreign professionals are concerned, the president sounds more welcoming. Beneath the differential approach, however, lurks a greater danger: the President is cooking up a binary between illegal immigrants and merit-based immigration. As if the immigrant communities in the US can be divided into these two groups only.

The President does not say how these family-based immigrant groups would fare in his fight against illegal entry and his preference for merit-based immigration.

Trump does not come out in the open to say what his government’s position will be on family-based immigration, which constitutes by far the majority among those getting immigrant visas. The President does not say how these family-based immigrant groups would fare in his fight against illegal entry and his preference for merit-based immigration. Family-based immigration, as per the law of the land, is not contingent upon merit but is based on family ties. The US government allows 2, 26, 000 Family Preference Immigrant visas and an unlimited number of Immediate Relative & Family Sponsored visas each year. These forms of immigration are not illegal but with the President prioritising only on merit, there is nothing yet on what he proposed to do with these two categories.

Trump’s policies, particularly, his immigration policies are replete with such contradictions. The President is short of lying but in keeping the contradiction unresolved, he is bullshitting his country, that is, in traversing the twilight zone between truth and false information, President Trump continues to make unsubstantiated statements.

Trump’s rant against illegal immigrants has no basis in the reality of the immigration scenario in the US. America does have millions of illegal immigrants living in the country. In fact, with Russia and India, United States counts as the top destination for immigrants who have crossed over illegally. But having said that, unauthorised immigrants represented 3.4 per cent of the total U.S. population in 2015 and it has undergone a small but statistically significant decline since 2009 when there were 11 million illegal immigrants in the US.

In all other industries and forms of occupation, President Trump should know, illegal immigrants are outnumbered by U.S.-born workers

President Trump is particularly fond of musing over lost American greatness and how he plans to revive it. Though the “America First” movement is fast gaining steam in the US, Trump balances it with his claims to initiate merit-based immigration in the country. Courtesy the hullabaloo he has successfully created, we have largely forgotten that the US always have had merit-based immigration.The 90,000 strong individuals who go to work in the US with an H1B visa get through because they have the merit. Huge multi-national corporations hire employees from all over the world and spend millions of dollars on them to send them to the US.

Let’s not define merit here in terms abstract superior intellect. In countries following merit-based immigration system, points are awarded based on your last degree. In the US, degree matters but more importantly, the immigration office grants entry based on whether the individual has been able to secure a job in the US market commensurate with his/her degree.

H1B visa holders come with at least a university degree and sometimes even with a Ph.D. Without a job offer from a reputable, well-established and registered company in the US, it is impossible to get an H1B visa. In the long tedious process of H1B visa application and during the visa interview too, one has to prove, as per the visa regulation, the job falls into the category of "specialty occupation" and not just any job. That means one cannot get an H1B visa from India to work as a secretary in any office, or be a bartender, or be a professional driver.

Trump professes that he wants meritorious people to come to work in the US. But action speaks louder than words. President Trump has not done anything so far which would prove he is serious to retain talent from overseas. Far from increasing the annual “cap” of H1B visa, Trump is yet to implement Obama administration’s proposal to increase the “cap exempt” category for non-profit hospitals, as well as educational and research institutions. Most meritorious professionals in the US who work in research and academic institutions fall in this cap. Many of the corporations could use this “cap exempt” category to hire bright professionals, irrespective of their national origin.

But aside from the mindless chatter about attracting talents to build a new America which, incidentally, completely contradicts “hire American” policy, another crucial mistake that the Trump administration is committing is to make salary the basis of judging merit.

But aside from the mindless chatter about attracting talents to build a new America which, incidentally, completely contradicts “hire American” policy, another crucial mistake that the Trump administration is committing is to make salary the basis of judging merit. The High Skilled Integrity and Fairness Act, introduced by Congressperson Zoe Lofgren of California, would raise H-1B holders' minimum salaries to the US $130,000. Doing this would mean, losing out a significant number of talents in the field that are crucial but not well-paid. For instance, the average salary of a fire protection and fuel engineer is $130,000 and $123,000 respectively. Whereas a computer engineer on an average earns $121,245  and healthcare facility engineer gets $120,027.

Under the circumstance, Asian countries, particularly India and China which have been supplying the largest number of IT professionals to the US, are all poised to lose significantly. The Indian government knows this perfectly. In meeting with the US commerce secretary Wilbur Ross, India’s Finance minister Arun Jaitley raised India’s concerns over the Trump administration’s move to tighten the H-1B visa regime. The main concern of the minister in alignment with IT industry has been that most Indian professionals, who go to the USA with an H1B visa, stay there for a short term. Under the circumstance, they can never match the $130,000 proposed salary ceiling.

Contradictions and ambiguities replete Trump’s immigration policy but he is yet to face stiff opposition on that count. The reason he is getting away with this is, people do not see how the President of United States is operating in the twilight zone; in matters of immigration policy, at least, Trump is not lying but he is not telling the truth either. Rather, he very cleverly waits for his audience to interpret his message according to their conviction. So, if one thinks Mexicans are taking away American jobs, the person will support the “Wall”; on the other hand, if one thinks, in a free-market economy, the state can’t control employment, they will support Trump’s merit-based immigration policy. It is because of this fragmented approach that Trump is walking away victorious.

Thus, only a holistic approach with eyes open to the ground reality will ensure that the President does not get away with bullshitting the American citizens and world population at large.