How Canada, Switzerland stuck a secret deal with China 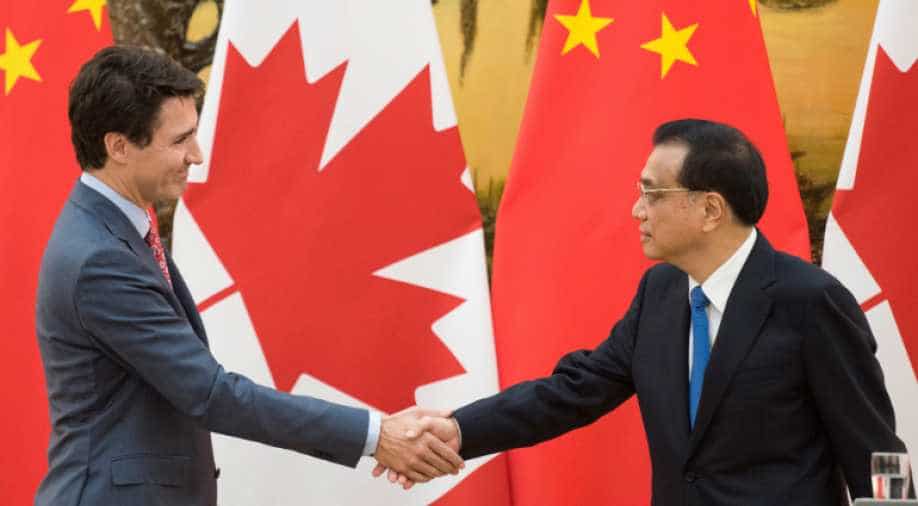 China-Canada trade talks are back on track. Photograph:( AFP )

According to a report, Justin Trudeau wanted to engage with China militarily. He wanted the PLA to train with Canadian forces.

Canada has been preaching human rights to India and Switzerland has made a career out of calling itself a neutral country - the arbiter of dispute and the upholder of human rights.

A new report is making waves, it says Justin Trudeau wanted to engage with China militarily. He wanted the PLA to train with Canadian forces. The report has been published by a Canadian newspaper.

It claims that the Trudeau government wanted to joint military drills with China. It had invited PLA for winter military exercises, however, the drills never too place after the Canadian chief of defence staff cancelled the plan.

General Jonathan Vance seems to have gone against the will of the Trudeau government. The reason was pressure from the United States - Canada's neighbour and ally. America believed that drills like these could benefit the PLA.

Prime Minister Trudeau reportedly "raged at the Canadian armed forces" for cancelling the training mission that's the claim from a news outlet called rebel news. Canada's relationship with China has gone downhill since.

The country arrested Meng Wanzhou, the chief financial officer of Huawei. China hit back with the arrest of two Canadians. Canada spoke in support of Hong Kong protesters. China said Trudeau's five eyes alliance could be poked and blinded.

Trudeau has been left to explain why he wanted military exercises with China in the first place. After this, Switzerland and China struck a secret deal. A deal that allowed Chinese spies to operate freely on Swiss territory - a deal that made Swiss taxpayers foot the bill of Chinese spy operations.

The Swiss called it a "readmission agreement". It was signed in 2015 for five years and the agreement expired on Monday. However, it may be renewed as reports say efforts are on. Switzerland kept the agreement a secret for more than four years. Finally, in August it admitted that there was such a deal.

A human rights campaign group has shared English translation of the deal which laid out the terms for Chinese agents and how they will operate in the country.

It was an unprecedented arrangement which allowed for no oversight of Chinese spies as no accountability for the methods was used or what they did with the deported individuals.

Reports say this deal allowed the Chinese agents to travel unofficially. Europe has open borders. Once one enters Switzerland there is access to the entire European Union even though Switzerland is not a part of the EU but it is covered under the Schengen visa.

A person can travel almost anywhere on the continent. No one can say where these Chinese spies went and what they did. No atter what China does it gets a free pass in the free world because countries which preach others about rights and propriety bend over backwards to accommodate Beijing.