How a stunning discovery can revive Egypt's tourism industry 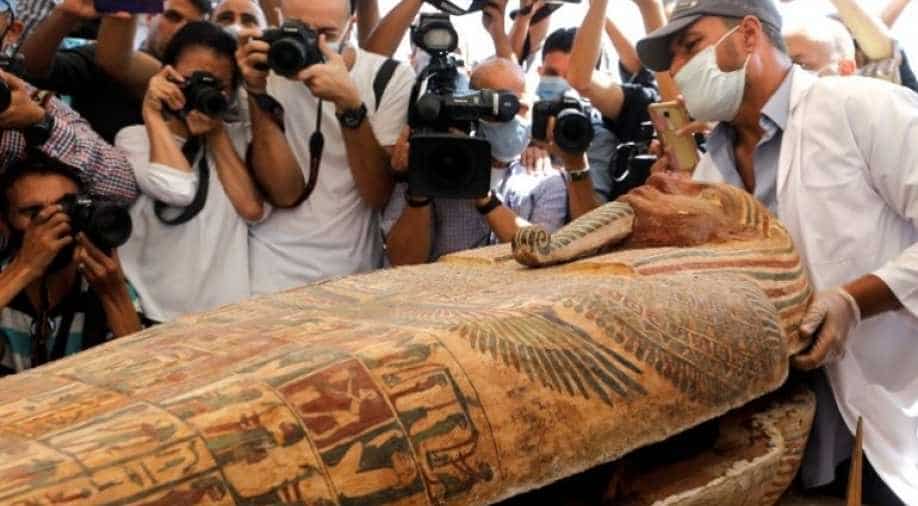 A sarcophagus that is around 2500 years old, is seen inside the newly discovered burial site near Egypt's Saqqara necropolis, in Giza, Egypt Photograph:( Reuters )

A cache of 59 coffins that are estimated to be 2,600 years old was discovered from a sealed well in the vast Saqqara necropolis, south of Cairo

Another stunning discovery has been made in the land of pharaohs. When Egypt is desperately looking to boost its tourism industry, mummies that are said to be almost 2,600 years old have been found.

A cache of 59 coffins that are estimated to be 2,600 years old was discovered from a sealed well in the vast Saqqara necropolis, south of Cairo.

There are mummies of priests and clerks inside these coffins from Egypt's 26th ruling dynasty.

The first batch of these new coffins was discovered last month, which had 13 containers from 36 feet well.

These are part of a series of major finds emerging from Saqqara.

Saqqara, where hundreds of tombs, including those from the first dynasty are buried, is part of the ancient Egyptian capital of Memphis, a UNESCO world heritage site.

The condition of these coffins is also good.

One of the sarcophagi was opened in front of the assembled reporters and diplomats, which had a perfectly preserved mummy.

Egyptian antiquity minister believes this is just the beginning and more coffins still remain undiscovered inside the burial site.

"Today is not the end of the discovery. I consider that it's the beginning of a big discovery," said Khaled El-Enany, Egyptian Minister of Tourism and Antiquity.

However, the public would have to wait a bit for viewing these coffins as they would be placed in a grand museum in Giza.

The museum has been under construction for a long time now and its opening is scheduled for 2021.

Egypt's economy is largely dependant on tourism, which has been severely hit by the pandemic.

Such discoveries give Egypt a big hope and are a reason why the government has invited a large group of journalists and diplomats for the unveiling ceremony.

Egypt's message is clear: spread the word about the land that keeps throwing up centuries-old treasures.