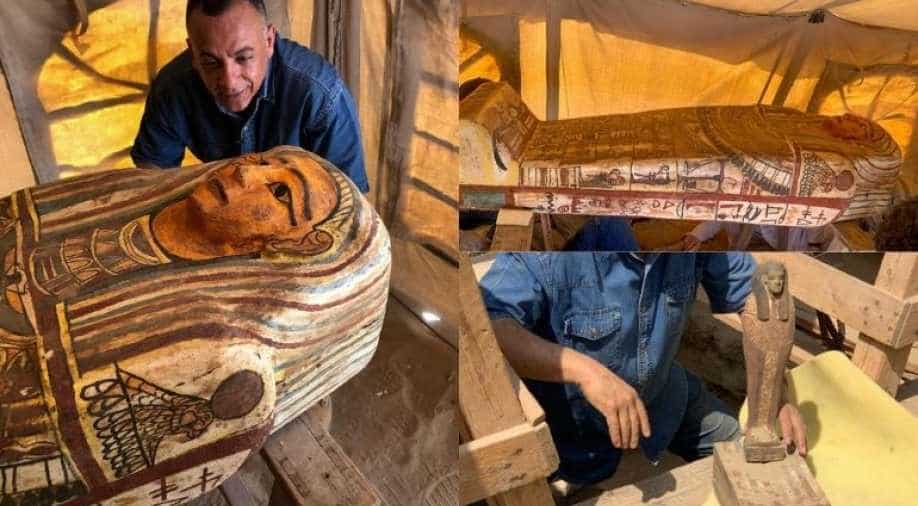 As many as 14 more sarcophagi in the Saqqara necropolis in Cairo that were buried for 2,500 years have been discovered, Egypt's antiquities ministry said on Sunday.

The ministry said that the coffins were found two days ago during a dig at the burial spot where another 13 wooden sarcophagi had been found last week, reported news agency AFP.

The widely spread Saqqara necropolis is located about 16 kilometres (10 miles) south of the popular Giza pyramids.

The ministry also said that excavations would take place as it expects more coffins from the site.

Egypt is trying to encourage archaeological discoveries to lure tourists as the travel industry took a hit due to coronavirus pandemic.

The country reopened Giza pyramids in July and other archaeological sites for the public and also removed tourist visa fees to attract holidaymakers.