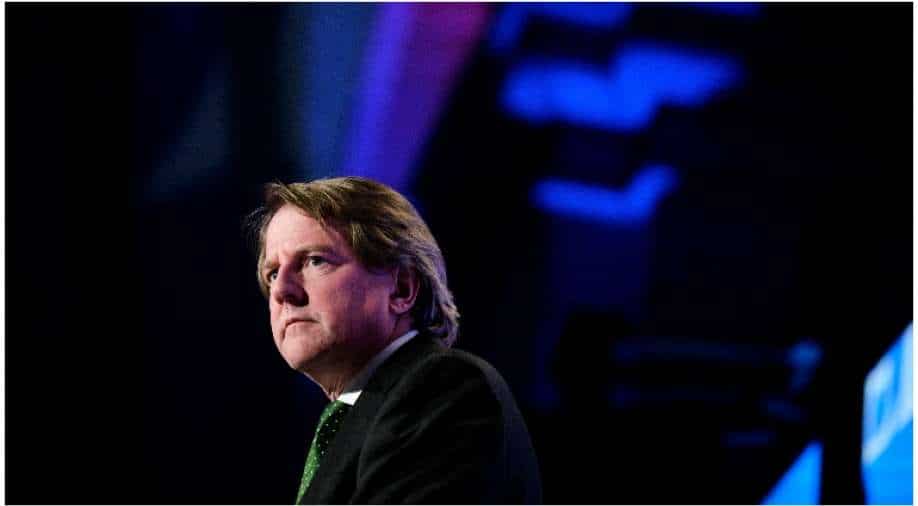 A glimpse of the institutional disconnect became public late Wednesday, when the Justice Department — which under Trump had been representing McGahn in fighting the lawsuit — asked an appeals court to delay arguments in the case scheduled for Tuesday, citing the recent change in administrations

When Democrats controlled only the House, it was simpler for their leaders to unite behind subpoenaing McGahn. But the officials who now run the executive branch, especially President Joe Biden’s White House lawyers, are hesitant about establishing a precedent that Republicans might someday use to force them to testify about their own internal matters.

A glimpse of the institutional disconnect became public late Wednesday, when the Justice Department — which under Trump had been representing McGahn in fighting the lawsuit — asked an appeals court to delay arguments in the case scheduled for Tuesday, citing the recent change in administrations.

“The new administration wishes to explore whether an accommodation might be available with respect to the committee’s request,” the filing said. “Discussions among the relevant parties have begun, and the new administration believes the parties would benefit from additional time to pursue these discussions.”

But Douglas N. Letter, a lawyer for House Democrats — and, effectively, House Speaker Nancy Pelosi — opposed that motion, urging the full Court of Appeals for the District of Columbia Circuit to press forward without delay.

“We appreciate the Biden administration’s efforts to settle this case, and we have actively participated in those efforts,” Letter wrote. “But we do not believe that postponing the argument will improve the prospect of a settlement or serve the interests of judicial efficiency or fairness to the parties.”

Late on Thursday, however, the appeals court granted the Justice Department’s request, moving back the scheduled day for arguments to April 27, and ordering the delivery of a “status report advising the court of the progress of the parties’ discussion” by March 25.

House Democrats were frustrated that the Trump administration’s uncompromising approach and litigation strategy succeeded in running out the clock, preventing any testimony by McGahn before the 2020 election. In his motion, Letter raised doubts that any compromise involving Trump would be possible, warning that delay could further thwart Congress’ constitutional oversight powers.

The case centers on McGahn’s role as an important witness in the report by special counsel Robert Mueller about efforts by Trump to obstruct the investigation. After the Justice Department made most of the report public, the House Judiciary Committee subpoenaed McGahn to testify at an oversight hearing. When he refused to appear, on Trump’s instructions, the committee sued.

The Justice Department under Trump had argued that McGahn was “absolutely immune” from any compelled appearance before Congress to testify about his work duties. But in August, the full District of Columbia Circuit rejected that theory.

Justice Department lawyers under the Trump administration continued to fight the subpoena on other legal grounds, however, arguing that Congress had no “cause of action” that authorized it to sue the executive branch. (The executive branch has taken that position under administrations of both parties, and the Justice Department said it was “prepared to proceed” with the argument as scheduled if the court denied its request for a delay.)

The dispute is further complicated by the fact that there are so many participants — House Democrats, McGahn, the Biden administration and potentially Trump. The former president has not been a party to the lawsuit, but he might try to intervene and assert executive privilege — yet another issue that has not yet been adjudicated in the matter — if the executive branch under Biden drops out of the case.

Patrick F. Philbin, a former deputy White House counsel who is one of the people Trump designated to deal with residual issues related to presidential records, declined to comment.

William A. Burck, a lawyer for McGahn, has previously said that his client intended to defer to the president’s instructions, pending a final judicial order. A person familiar with the deliberations said Burck had not taken a position on what McGahn would do if Biden were to instruct him to talk to Congress, but Trump still told him not to.

Stuart F. Delery, a deputy White House counsel, said in an interview that the negotiations are still preliminary but that the Biden administration would like more time to try to resolve the dispute while preserving the “institutional interests connected to the presidency.”

There are few legal precedents. A rare and limited guidepost is a 1977 case, Nixon v. General Services Administration. In it, the Supreme Court ruled that Richard M. Nixon could assert executive privilege claims over official records from his White House even though he was no longer the president — but it also weighed that assertion against the contrary view of the sitting president at the time, Jimmy Carter.

That dispute, however, centered on control of Nixon-era White House documents, not a subpoena for a former lawyer’s testimony. Another question is how attorney-client privilege works for a former White House lawyer when the presidency changes hands — and what would happen if Trump were to file a bar ethics complaint going after McGahn’s law license if he cooperates with the House at Biden’s request but over Trump’s objections.

Many such questions have no definitive answers because until recently, it was exceedingly rare for such disputes to be fought without compromise, leading to judicial rulings. But the McGahn subpoena lawsuit is one of an unprecedented number of lawsuits pitting the two branches against each other in court that arose after Democrats took over the House following the 2018 midterm election and Trump vowed to stonewall “all” subpoenas.

The lawsuit over the McGahn subpoena echoes a similar dispute that President Barack Obama inherited when he took over from President George W. Bush in 2009. House Democrats investigating Bush’s firings of U.S. attorneys had issued a subpoena for testimony by Harriet Miers, Bush’s White House counsel at the time, leading to a lawsuit.

Explaining that Obama did not want to weaken the presidency as an institution, Obama’s then White House counsel, Gregory B. Craig, worked out a compromise with a representative of Bush, Emmet Flood, and the Judiciary Committee under which Democrats were able to confidentially interview Miers about the topic, with limits.

The settlement mooted the case, so the District of Columbia Circuit never issued a binding ruling, leaving the legal question unresolved. The result left the White House with more wiggle room in future disputes — including letting the Trump White House raise anew the idea that McGahn was absolutely immune after the House subpoenaed him.

But there are some important differences between 2009 and 2021. Helping ease the way to cooperation, Bush — unlike Trump — had overseen a smooth transition to his successor, and Craig and Flood were former law partners on friendly terms. It is far from clear that Trump will be as open to the idea of compromising.

Letter invoked Trump’s history of stonewalling in warning that it made no sense to delay the full District of Columbia Circuit’s consideration of the case since settlements discussions could fail.