Hope to find answers to all complicated questions: Putin after meeting Erdogan in Sochi 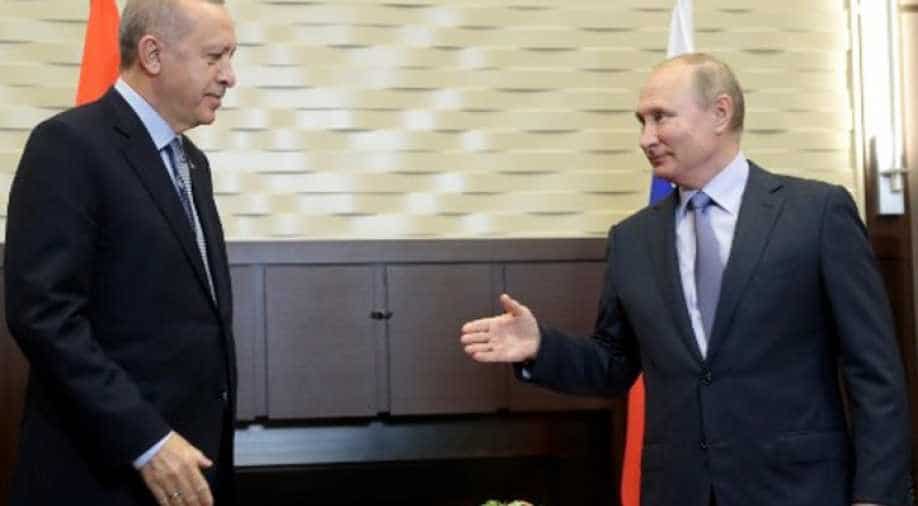 Turkey had said earlier that Kurdish YPG militia forces must leave a "safe zone" which it intends to establish in Syria.

Turkey President Erdogan met Russian President Putin in Sochi today amid growing tensions in Syria as the two leaders hoped to resolve the "complicated issues in the region".

"I would like to express hope that the level of Russian-Turkish relations, which has been recently reached, will play its role in the solution of all complicated issues in the region as of today," Russian President Putin said, adding,"I hope it will help find answers to all, even very complicated questions in favour of Russia, Turkey and all the countries of the region."

The talks between Erodgan and Putin took place even as a five-day truce brokered by the US holds the Turkish forces inside Syria.

Turkish forces had entered nothern Syria after President Trump had announced two weeks ago that he was pulling out US troops from the region clearing the way for Turkey to launch a cross-border offensive on October 9 against the Kurdish YPG militia, viewed by Erdogan's regime as "terrorists".

Turkey had earlier said Kurdish YPG militia forces must leave a "safe zone" which it intends to establish in Syria.

President Trump had said on Monday that it appeared that the five-day truce was holding, and that it could possibly go beyond Tuesday's expiry, but Erdogan said the fighting may resume.

"If the promises given to us by America are not kept, we will continue our operation from where it left off, this time with a much bigger determination," the Turkey president said.