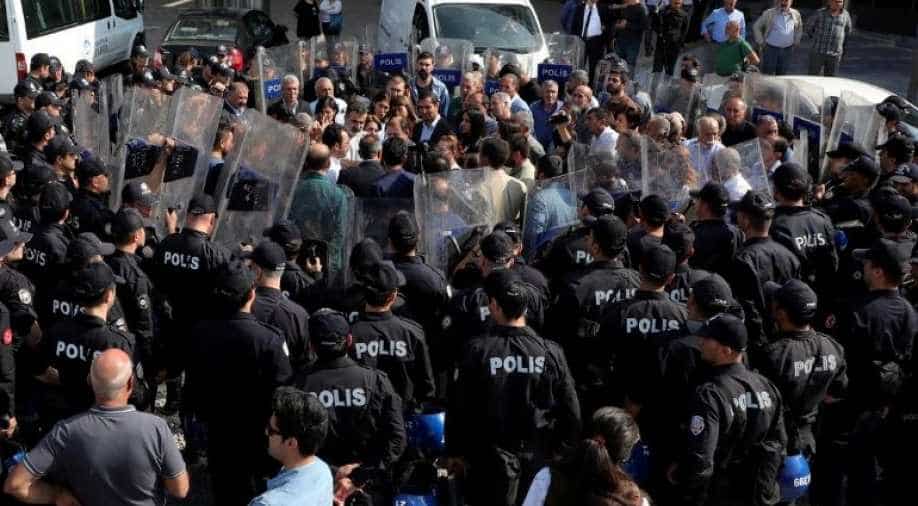 Ankara accuses the HDP of links to militants of the outlawed Kurdistan Workers' Party (PKK). It has now replaced a total of 12 mayors from the HDP.

Turkey has replaced four mayors from the pro-Kurdish Peoples' Democratic Party (HDP) with state officials, the offices of two provincial governors said on Tuesday, part of a widening crackdown on local councils controlled by the party.

Ankara accuses the HDP of links to militants of the outlawed Kurdistan Workers' Party (PKK). It has now replaced a total of 12 mayors from the HDP on alleged links to terrorism since municipal elections in March.

The mayors in the towns of Kayapinar, Bismil and Kocakoy in the southeastern Diyarbakir province and the mayor of Ercis in the eastern province of Van were suspended and replaced by local administrators, the offices of the two regional governors said.

All four mayors are currently in custody on terrorism charges, they said.

The HDP said six other of its candidates who won a majority of votes in the March mayoral elections were not given their election certificates because they had previously been dismissed from public office by decree.

In August, Turkey first removed the mayors of Diyarbakir, Mardin and Van, three metropolitan cities won by the HDP.

Selcuk Mizrakli, who was removed from his office in Diyarbakir, was also detained on Monday "due to an ongoing legal investigation", the HDP said.

Prior to the March municipal polls, around 100 mayors in towns held by the HDP had been replaced by state officials.

The former co-leaders of the pro-Kurdish HDP have both been jailed since 2016 on terrorism charges, with several other prominent members accused of supporting terrorism over what the government says are links to the PKK.

The HDP denies links to the PKK but does not consider it a terrorist organisation.

The moves against the HDP coincide with a Turkish military offensive in neighbouring Syria against the YPG Kurdish militia, which Ankara also accuses of ties to the PKK. A five-day, US-brokered pause in the offensive was due to expire later on Tuesday.

The HDP is the only party in the Turkish parliament that opposed Operation Peace Spring in northeast Syria.