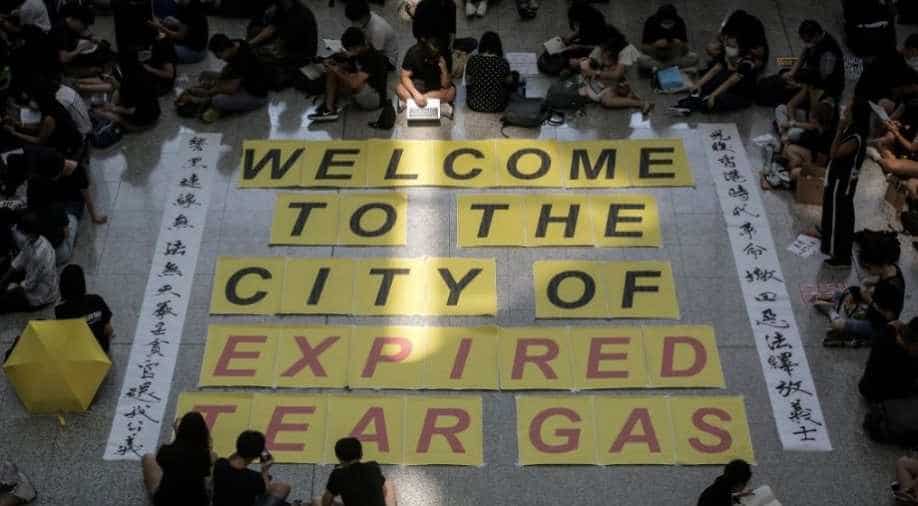 Cathay Pacific on Wednesday said two pilots had been sacked, as the Hong Kong carrier comes under huge pressure from Beijing to clamp down on staff supportive of anti-government rallies.

"Cathay Pacific confirms that two pilots have been terminated in accordance with the terms and conditions of their employment contracts," the airline said in a statement.

"One is currently involved in legal proceedings. The other misused company information on Flight CX216/12 August."

Cathay Pacific has flown into a storm of controversy generated by the Hong Kong protests that has left it trying to appease an angry Beijing while not alienating its home market.

Over the past week the airline has emerged as a target on the mainland after some of its 27,000-strong workforce took part in, or voiced support for, the protests.

China's aviation regulator demanded that the airline prevent such staff from working on flights to the mainland or those routed through Chinese airspace.

It also ordered the carrier to hand over identity information for employees on mainland-bound flights -- declaring unapproved flights would not be allowed in.

Executives scrambled to reassure authorities that the company has no truck with the demonstrators, vowing to sack any employee who takes part in an "illegal protest".

Swire Pacific -- a Hong Kong-based conglomerate and Cathay's largest shareholder -- released a statement saying it "strongly supports" the Hong Kong government and "(shares) the vision of the Chinese Central government".

"We resolutely support the Hong Kong SAR Government, the Chief Executive and the Police in their efforts to restore law and order," the company said, adding that it would comply with any regulations Beijing placed on it.