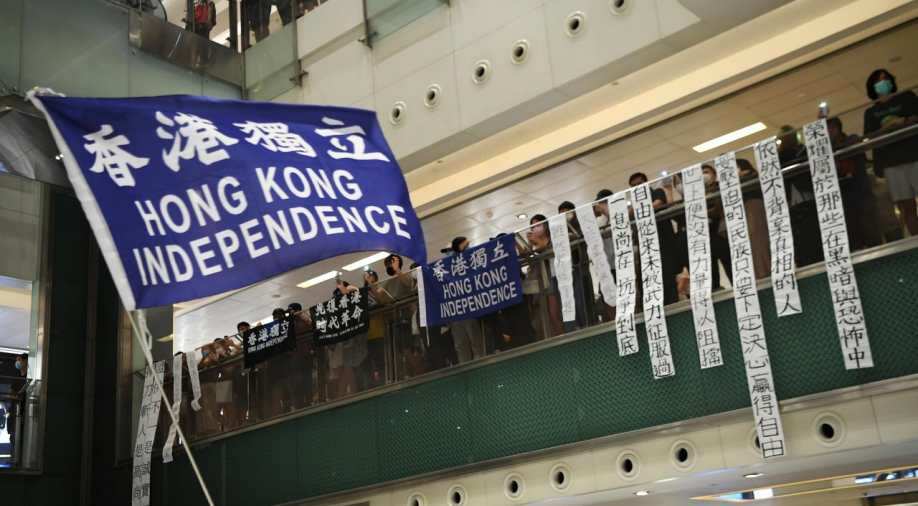 The law is just a day-old and Xi Jinping is already drowning in the pool of global censure. Criticism is pouring in from every corner of the world.

Hong Kong's national security law is yet another instance of China misusing the pandemic or at least trying to. China passed this controversial law under the shadow of a crisis.

China thought the world would not pay much heed to it. It won't receive much global attention. Well, Beijing miscalculated.

The law is just a day-old and Xi Jinping is already drowning in the pool of global censure. Criticism is pouring in from every corner of the world.

27 countries across the globe have issued a joint statement against China.

Their statement was read at the UN Human Rights Council at Geneva, which said: "The joint declaration, a legally binding treaty, registered with the United Nations, sets out that Hong Kong is guaranteed a high degree of autonomy and rights and freedoms, including those of the person, of the press, of assembly, and of association and that the ICCPR and ICESR shall remain in force. Making such a law without the direct participation of Hong Kong's people, legislature or judiciary of Hong Kong undermines 'one country, two systems'."

The criticism against China has not been all words.

The United State too is in this list of countries standing against China. It has rolled out a list of punishments. Washington is imposing sanctions on those violating Hong Kong's autonomy.

It has also announced visa restrictions on some CCP officials. The US has said it would stop exporting equipment to Hong Kong. Washington has also made it clear that the new law has risked the special trade relations that it shares with Hong Kong.

Another country building pressure on China is Taiwan. Taipei is offering asylum to Hong Kong-ers. Those who are being forced to flee the city because of this punishing law.

The Taiwan-Hong Kong service and exchange office were opened today--- to help with the fresh arrival of Hong Kongers. Taiwan says the move is "an important milestone for the government to further support democracy and freedom in Hong Kong."

The United Kingdom too said it will amend immigration laws so that it easy for Hong Kongers to move. The European parliament has asked its member states to adopt sanctions against the CCP officials.

Canada has issued a travel advisory which said that the country may be "at increased risk of arbitrary detention on national security grounds and possible extradition to mainland China".

Look at the number of countries that have come together to build pressure on China.

But there is one clear absentee, India.

New Delhi's silence on Hong Kong is rather eerie.

China has never shied from taking on India. When the world supported India on its Kashmir move. Beijing issued a statement saying it is "seriously concerned".

China has repeatedly, and single-handedly, turned tables against India at the United Nations.

From provoking at Ladakh to manipulating India's neighbours. The world is watching India as it fights a bully of a neighbour.

In a situation like this, India's silence on Hong Kong will be seen as weakness. India has time and again pushed for peace and multilateralism.

India has already made a statement by banning 59 Chinese apps.

What is stopping it from speaking up on the Hong Kong crisis?

Yes, India is fighting its share of battles,  from border tension to a health crisis. New Delhi's plate is full.