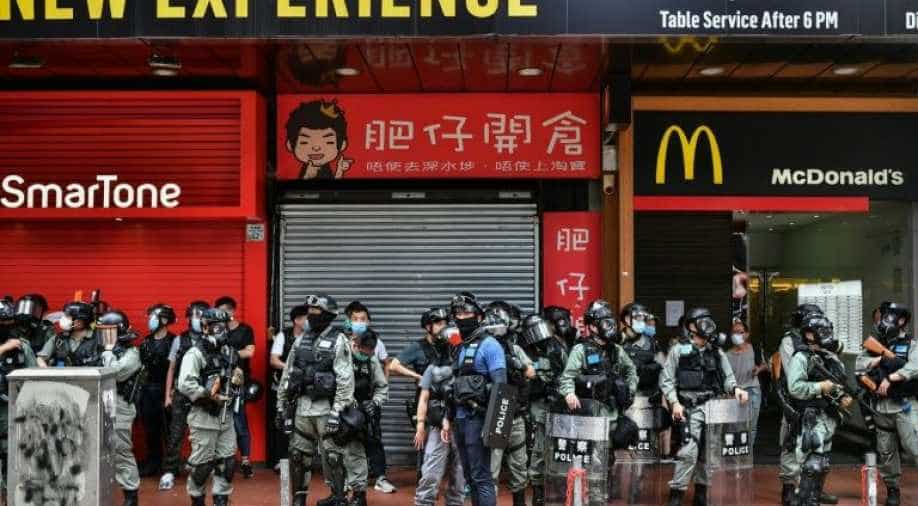 Hong Kong has refused to bow to Chinese oppression, calling the proposed national security law a direct assault on their civil liberties.

China’s decision to impose national security law on Hong Kong has triggered protests across the city.

Hong Kong has refused to bow to Chinese oppression, calling the proposed national security law a direct assault on their civil liberties.

In a return of the unrest that roiled Hong Kong last year, crowds thronged the streets of the city on Sunday in defiance of curbs imposed to contain the coronavirus, with chants of "Hong Kong independence, the only way out," "Stand with Hong Kong, "echoing through the streets.

"We must stand up and fight, and let Beijing know that we will never surrender. And today, more than a thousand Hongkongers gathered on the street again is proof that we will fight back," said Joshua Wong, a pro-democracy activist.

After announcing its plan to impose the national security law in Hong Kong, China has unleashed its propaganda machine to defend itself. The dragon has revived one of the oldest conspiracy theories in its playbook - the foreign hand.

"The Hong Kong affairs are China's internal affairs and no foreign interference will be tolerated. it is the basic norm of the international relations not to interfere in the internal affairs of other countries, and every country should hold to it. secondly, it is the power of the central government to safeguard the national security and no country is exception," said Wang Yi, Chinese foreign minister.

Furthermore, China has stepped up its efforts to control not just the city, but the narrative around it as well. Over the weekend, a foreign media network faced censorship in mainland China. Its broadcasts, mentioning Hong Kong were not allowed to beam to television screens.

This isn't the first time that Hong Kong is standing up to China. Last year, the protestors forced China to retract a controversial Extradition Law.

Meanwhile, the supporters are more assertive, more vocal this time. More than 200 parliamentarians and policymakers from 23 countries have lodged a strong protest, condemning Beijing’s move to impose an autocratic law on Hong Kong.

The strong-worded statement says: “If the international community cannot trust Beijing to keep its word when it comes to Hong Kong, people will be reluctant to take its word on other matters.”

Taiwan President Tsai Ing-wen has thrown her weight behind the people of Hong Kong. “In face of the changing situation, the international community has proactively stretched out a helping hand to Hong Kong’s people,” she wrote in a Facebook post.

Moreover, the White House has said China’s national security law could invite US sanctions. US Secretary of State Mike Pompeo has called Beijing's move a “death knell” for the autonomy of Hong Kong.

With support pouring in from all the corners, Hong Kong is not something that China can pass off as an internal matter anymore.