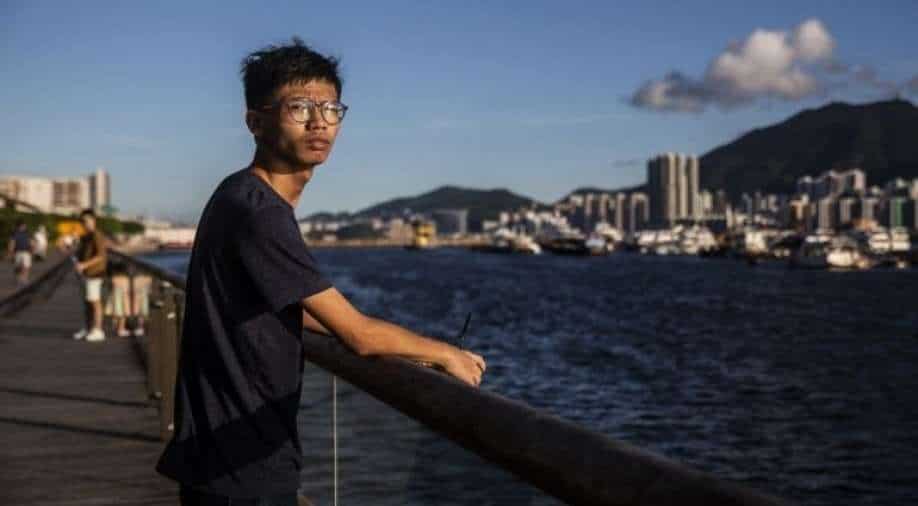 A 20-year-old Hong Kong independence activist was facing life in prison Wednesday after becoming the youngest person convicted under the city's national security law, but told the court he had "nothing to be ashamed of".

Tony Chung had pleaded guilty to secession in the fourth case to come to trial under the sweeping new legislation, which authorities are using to snuff out dissent in the semi-autonomous Chinese city.

"I have nothing to be ashamed of," Chung said in court as he entered his plea.

Judge Stanley Chan then immediately warned Chung that no talk of politics would be allowed in the courtroom.

Chung is the former convenor of Student Localism, a small group that advocated Hong Kong's independence from China.

The group was founded in 2016 and disbanded its Hong Kong network shortly before Beijing imposed the security law in 2020, but it has kept its overseas chapters going.

The prosecution said the group advocated that Hong Kong "get rid of the Chinese Communist colonial rule" and "build a Hong Kong republic".

They disseminated their message through social media, street booths, calling on people to join protests and selling merchandise with independence messages.

Prosecutors said the group issued an appeal to the United States to pass a law imposing sanctions on Hong Kong and China.

The organisation also opposed the teaching of Mandarin, the form of Chinese commonly used throughout the mainland, in Hong Kong schools, the court heard.

Authorities have previously said the security law is not retroactive but prosecutors cited numerous offences said to have taken place before the law took effect.

Chung has been in custody for over a year since he was arrested in a coffee shop just metres away from the US consulate in Hong Kong last October.

A little-known group calling itself Friends of Hong Kong put out a statement shortly after his arrest saying it had been trying to arrange for Chung to enter the US consulate that day and apply for asylum.

China imposed the national security law in response to massive and often violent democracy protests in Hong Kong two years ago, in a move that has brought mainland-style speech curbs to the once outspoken business hub.

Four other men have so far been convicted in separate cases under the security law and more than 150 people have been arrested, with around half charged. Bail is often denied.