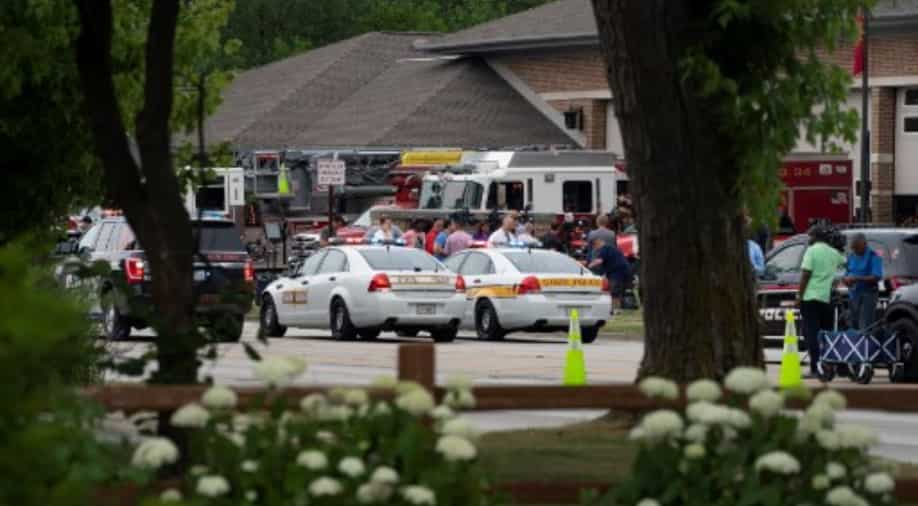 Law enforcement officers gather at the scene of the Fourth of July parade shooting in Highland Park, Illinois on July 4, 2022. Photograph:( AFP )

Lake County's State's Attorney Eric Rinehart said on Wednesday that they have charged the Highland Park parade mass shooting suspect - Robert E. Crimo III - with seven counts of first-degree murder. If the charges are proved in court, it will result into a life sentence for the suspect without any chance of parole. Jennifer Banek, Lake County Coroner, also said that the death toll has increased to seven after a person died in the hospital while more than 40 people were injured. Christopher Covelli, spokesperson for the Lake County Major Crime Task Force, also confirmed the change in the tally.

The suspect open fired on the July 4 parade in Highland Park, Illinois and after a manhunt that lasted around ten hours, Crimo was arrested from his car near the Highland Park area.

Highland Park Mayor Nancy Rotering hosted a press conference earlier in the day and she said that till now, the focus of the investigation was on the suspect but now they will be shifting it to "the victims and those left behind" as the area tries to recover from yet another mass shooting in the US.

Covelli also said that the suspect was planning the attack “for several weeks” and during the attack, he wore women’s clothing in order to hide his identity and his facial tattoos.

"He blended right in with everybody else as they were running around, almost as (if) he was an innocent spectator as well," Covelli said according to a report on AFP.