High court victory for Stonehenge campaigners, here is all you need to know 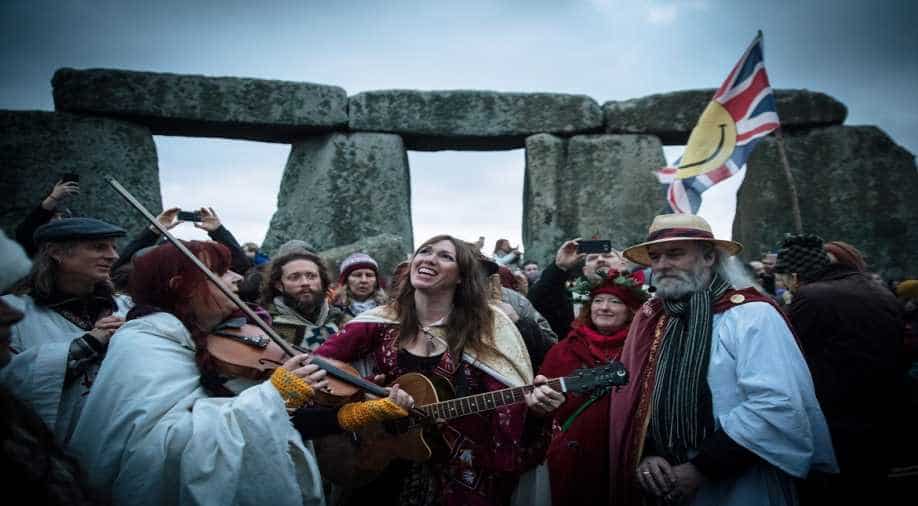 Druids, pagans and revellers gather in the centre of Stonehenge, hoping to see the sun rise Photograph:( Getty )

The plan involved constructing a £1.7bn scheme to overhaul eight miles of the A303 in Wiltshire next to the prehistoric monument. It was backed by the government last year

Campaigners including archaeologists and environmental groups have won a high court battle to prevent a road project that involves a tunnel near Stonehenge.

The plan involved constructing a £1.7bn scheme to overhaul eight miles of the A303 in Wiltshire next to the prehistoric monument. It was backed by the government last year.

However, the campaigners soon launched a judicial review calling for the decision to be overturned.

Mr Justice Holgate on Friday ruled that Grant Shapps acted 'irrationally and unlawfully' when he approved the project.

The court discovered that Shapps did not properly consider alternative schemes and that the decision-making process included no evidence of the impact on each individual asset at the world-famous historic site.

Campaigners from Save Stonehenge World Heritage Site (SSWHS), were quoted by The Guardian as saying that the court ruling “should be a wake-up call for the government”.

They further said, “We could not be more pleased about the outcome of the legal challenge. The Stonehenge Alliance has campaigned from the start for a longer tunnel if a tunnel should be considered necessary.”

“It should look again at its roads programme and take action to reduce road traffic and eliminate any need to build new and wider roads that threaten the environment as well as our cultural heritage.”

UNESCO would throw a “harsher spotlight” on the UK’s other 31 listed sites after Liverpool became only the third place in nearly 50 years to be stripped of its world heritage status.

Sites expected to come under the scrutiny of the body include Stonehenge, Edinburgh’s new and old towns, the Tower of London and Cornwall’s historic mining area.

The president of World Heritage UK, Chris Blandford, has complained that there was a “low awareness at the government level” of the importance of the country’s Unesco sites.

He further said many were critically underfunded and that ministers had shown a “great reluctance to want to make the most of our World Heritage offer”.