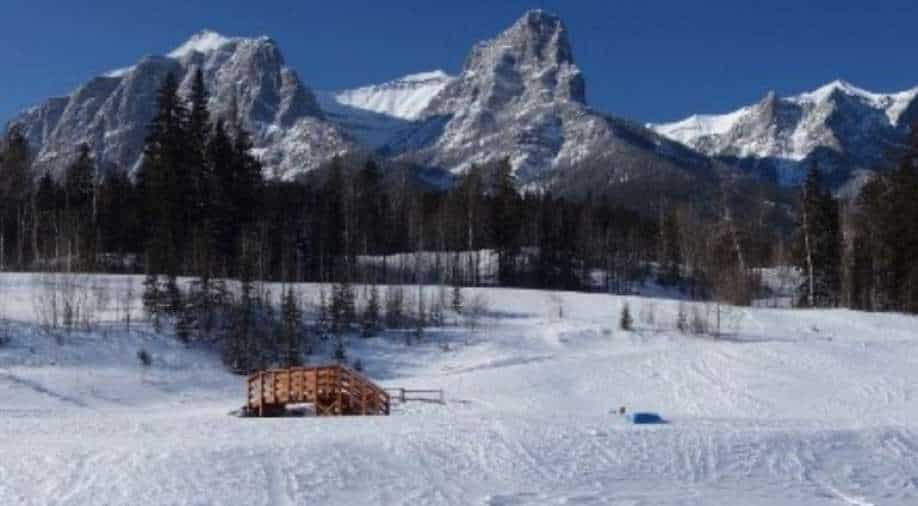 According to Sanford, 300 glaciers disappeared from the Rocky Mountains between 1920 and 2005

Following an exceptionally warm summer, the iconic ice of the Canadian Rockies is melting at a rate that has never been seen before.

As observed by scientists, during the hot spell in early July and late June the glacier was experiencing 2/3 of ice melt per week.

Hydrologist and director of Global Water Futures Dr John Pomeroy say that it is harrowing to observe that the iconic sight was virtually unrecognizable from what was one or two years ago.

According to him, the glacier could lose up to seven metres of ice if this rate of melt continues, which would be the most drastic downward melt ever recorded for the glacier.

During the early 1900s, Banff National Park's famous Peyto Glacier stretched three and a half kilometres farther than it does today; stretching down the valley resting near the turquoise water of Peyto Lake.

Pomeroy said he was astonished and horrified by the glacial tongue's retreat of 200 metres over the past year, 10 times faster than the 50-year retreat. According to him widespread wildfires and record heat domes this season contributed to faster glacial melting.

Peyto Glacier forms the headwaters of the North Saskatchewan River and with its snowpack and ice melt, it maintains stream flows in the Prairie provinces.

Scientists are concerned about the downstream effects of the decline of this crucial source of water.

This year, the rivers and streams that aren't fed by glacial melt are experiencing some of the lowest flows ever recorded. By contrast, the flow of streams that are fed by the glacier has been above average this summer.

In the Rocky Mountain national parks alone, 300 glaciers disappeared between 1920 and 2005, according to Sanford.

Pomeroy, who has been documenting Peyto for years, says that he never imagined that he would document the glacier's death; he believes it will not survive the next decade.

However, he adds, glaciers might re-grow in the future, provided that humans are able to get a hold on climate change.