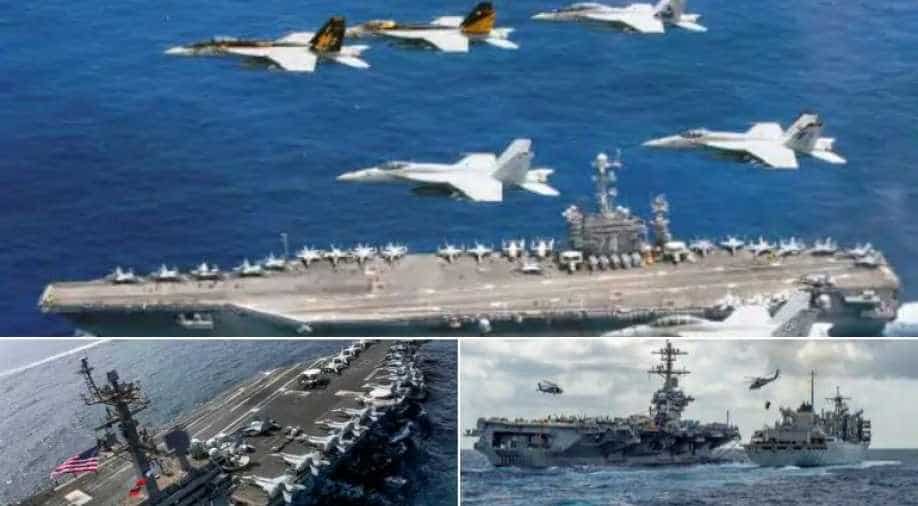 Japan Defence Minister Nobuo Kishi went on to criticise Beijing's unilateral attempts to change the status quo through pressure, as well as its efforts to militarise disputed areas of the South China Sea

As Tokyo strives to put "tremendous pressure" on Beijing to counter China's dominance in the area, Japan's defence minister has asked European nations to have a stronger military presence in the Asia-Pacific.

Nobuo Kishi made his first statement to the European Parliament's security and defence subcommittee on Friday, urging the EU to reaffirm its commitment to the "Indo-Pacific area" and for the two sides to "maintain and expand" their security cooperation.

Kishi went on to criticise Beijing's unilateral attempts to change the status quo through pressure, as well as its efforts to militarise disputed areas of the South China Sea.

According to South China Morning Post newspaper, he also raised concern over China's "unilateral moves to change the status quo" in the East China Sea, including the enactment of a controversial coastguard law in January.

Also read | Why South China Sea is a hotbed of confrontation

"The justified rights of all relevant countries should never be undermined due to the coastguard law, and we can never tolerate anything that could heighten the tension on the waters such as the East China Sea and the South China Sea," he said.

Meanwhile, a source familiar with Japan's defence policymaking said that the speech was part of Japan's efforts to enlist the EU to put more pressure on Beijing.

Also read | Is World coming together against China in the South China Sea?

"Japan hopes to use this opportunity to get more involvement from the EU in the region. HMS Queen Elizabeth's visit to Japan will put tremendous pressure on Beijing this year," the source said.

Tensions between China and Japan have recently risen due to Beijing's growing activities in the disputed East China Sea.

Japanese Prime Minister Yoshihide Suga and US President Joe Biden issued a joint statement in April expressing their worries about the East and South China seas, as well as the Taiwan Strait.

But Beijing accused Tokyo of being a "strategic vassal" of the US after the meetings.

Japan would "continue to maintain a close watch" on the shifting military balance across the Taiwan Strait, Kishi said on Friday.