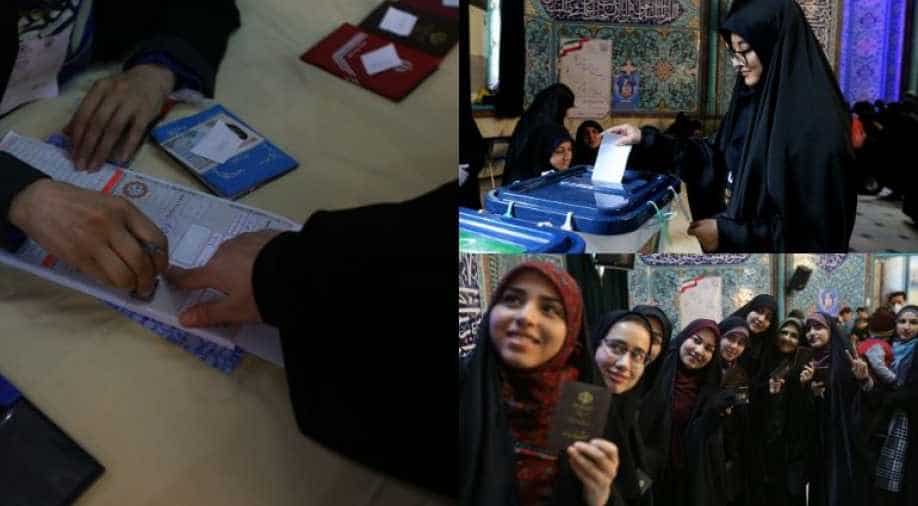 In some constituencies, where candidates failed to get 20% of votes cast on Friday, a run-off will be held in April.

Candidates affiliated with Iran's Revolutionary Guards looked on course to win a parliamentary majority on Saturday, reportedly leading in the race in Tehran and across the country after a vote stacked in favour of loyalists to the supreme leader.

The Interior Ministry said a list of candidates affiliated with the Guards led in the capital. An unofficial tally by Reuters shows hardliners have so far won about 178 seats in the 290-seat parliament, independents 43 and moderates 17.

In some constituencies, where candidates failed to get 20% of votes cast on Friday, a run-off will be held in April.

A clean sweep for hardliners would confirm the political demise of the country's pragmatist politicians, weakened by Washington's decision to quit a 2015 nuclear deal and reimpose sanctions in a move that stifled rapprochement with the West.

However, Iranian authorities have yet to announce the turnout in the race for the 290-seat legislature - a test of the popularity of hardliners closely associated with Supreme Leader Ayatollah Ali Khamenei.

Iran's rulers, under intense U.S. pressure over the country's nuclear programme, need a high turnout to boost their legitimacy, damaged after nationwide protests in November.

Some unconfirmed reports suggested voter participation was about 45%, the lowest since the 1979 Islamic revolution. Khamenei on Friday said voting was "a religious duty".

In Tehran, which accounts for 30 seats in parliament, the hardline candidates were headed by Mohammad Bagher Qalibaf, a former mayor of the capital who once commanded the Guards' air force.

Qalibaf’s chances of becoming parliament speaker hinge on gaining the trust of hardliners, who struggled for days to reach consensus on a single slate for Tehran.

Parliamentary elections have little impact on Iran's foreign or nuclear policies, which are set by Khamenei, and major pro-reform parties have been either banned or dismantled since the disputed re-election of hardliner Mahmoud Ahmadinejad in the 2009 presidential vote.

The Guardian Council, a hardline vetting body, disqualified 6,850 hopefuls out of 14,000, ranging from moderates to conservatives, from contesting parliament polls.

In the latest challenge to Khamenei, Iran announced the detection of 28 cases of coronavirus, with five deaths.

Khamenei faces mounting pressure from the United States over Iran's nuclear programme and discontent over mismanagement of the economy is unlikely to ease as sanctions squeeze the country.

President Donald Trump raised the stakes in his standoff with Tehran when Iran's top general, Qassem Soleimani, was killed in a U.S. drone strike at Baghdad airport in January.

Large gains in Friday's vote may also hand hardliners an advantage in the 2021 contest for president, a job with wide day-to-day control of government.

Such a result would help the Guards, already omnipresent in Iranians' daily lives, to increase their substantial influence in political, social and economic affairs.

The unrest in November, which called for regime change, was met with a violent crackdown overseen by the Guards that killed hundreds and led to the arrest of thousands.