Haida Gwaii: Pristine Canadian remote islands where only 12 tourists are allowed at a time 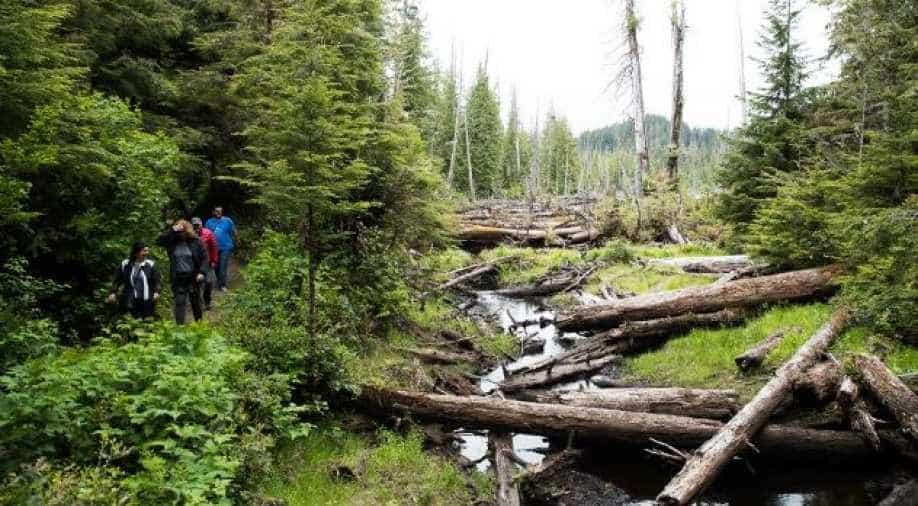 The best time to visit Haida Gwaii is between May to October. Image via Twitter/Haida_House. Haida House offers stay options for visitors, explorers. Photograph:( Twitter )

The archipelago is located off the northwestern coast of British Columbia and is studded with unparalleled scenic beauty.

For those who seek calm and solace and imagine to travel to that point of the globe where there is hardly anyone else, travelling to Canada's mysterious islands Haida Gwaii could be a life-altering experience.

The archipelago is located off the northwestern coast of British Columbia and is studded with unparalleled scenic beauty.

The interesting fact about these islands is that it doesn't allow more than twelve visitors at a time.

Some parts of the islands are only accessible by boat.

One more photo of Haida Gwaii this morning before my flight home pic.twitter.com/NlDfMxbGR4

The islands are surrounded by magnificent ocean - that harbour several species of whale and dolphin -  and are home to gigantic rainforests.

A third of the island is protected and is accessible only by floatplane or boat. The reserve is co-managed by the Canadian government and the Council of Haida Nation.

I was ready to get back to work and be home but a part of me is still on the island. I can’t really explain how it feels. Kind of like I’m not entirely here. Like I’m just counting down the days to when i can go back. #haidagwaii pic.twitter.com/e7DuYzemIW

The best time to visit Haida Gwaii is between May to October.

The remote archipelago is home to some of the world's endemic species. During the visit to the pristine islands, visitors are sure to catch a glimpse of sea lions, Sitka black-tailed deer, the Haida Gwaii black bear and many other animals and birds.