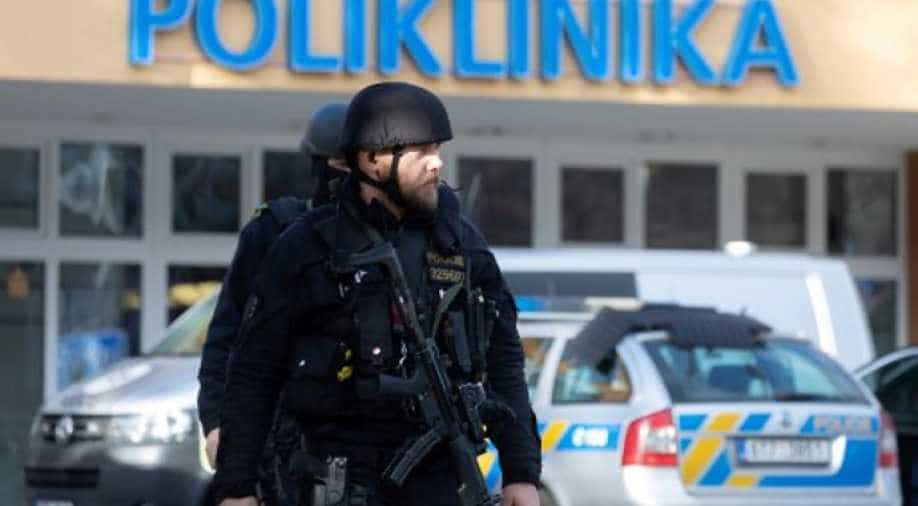 The gunman was identified as a 42-year-old man.

Czech police said the gunman who killed at least six patients at a hospital in the eastern city of Ostrava shot himself after being chased into a village.

"We identified the gunman using hospital cameras. We deployed two helicopters, identified his car... and when one helicopter descended over the car, he shot himself in the head,"  regional police chief Tomas Kuzel said.

The gunman was identified as a 42-year-old man. He had opened fire in the hospital killing four men and two women while injuring three other people.

The gunman was allegedly shooting from a close range. Police are yet to understand the motive of the attack.

The man escaped after the shooting but was tracked down to a village after an extensive search operation. The perpetrator shot himself as the police descended with helicopters.

"We have found the gunman. The 42-year-old man shot himself in the head before the police took action, he's dead," police said.

"As far as we know, the man is not in our database of legal gun owners," the police chief said, adding that he used "short firearm" during the attack. The man shot himself in the head, police said.

According to the police officials, the shooting happened around 7 am on Tuesday morning. It is the worst shooting incident in the country since 2015 when a gunman killed eight people at a restaurant in Uhersky Brod, about 180 miles southeast of Prague.