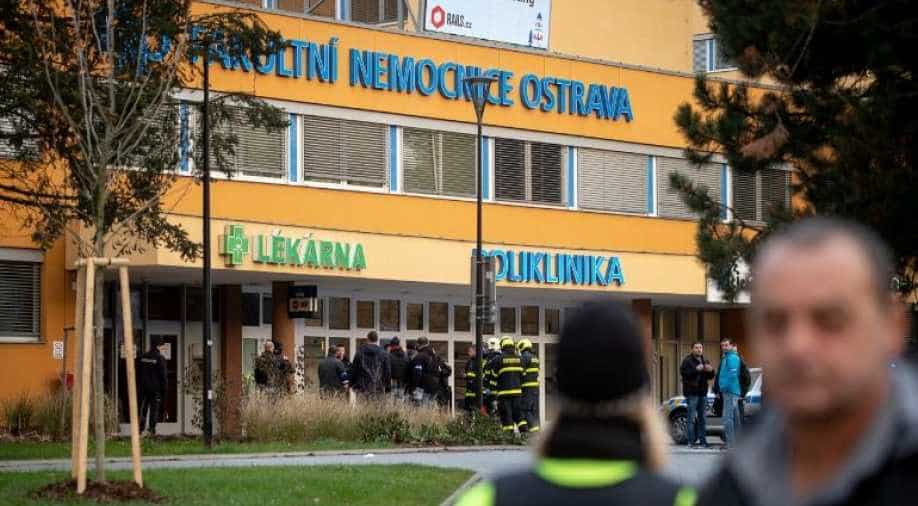 Police officers stand guard near the site of a shooting in front of a hospital in Ostrava, Czech Republic, December 10, 2019. Photograph:( Reuters )

Police have evacuated patients and hospital crew after the horrific attack.

At least six people have been killed and several others wounded after gunman opened fire in a hospital in the eastern Czech city of Ostrova.

"There are six dead and two seriously injured people on the site," regional police spokeswoman Pavla Jirouskova told the public Czech Television. She said the police were still looking for the gunman.

University Hospital in Ostrava has been evacuated and security heightened around the country after the attack.

Police are searching for the suspect after the attack.

"We are currently strengthening the supervision of selected soft targets across the Czech Republic," said Czech Police on Twitter.

According to the police officials,  the shooting happened around 7 am Tuesday morning in the University hospital in the city of Ostrava, located 350 kilometers (220 milest) east of Prague.

The shooting was the worst in the Czech Republic since 2015, when a gunman killed eight people at a restaurant in Uhersky Brod, about 180 miles southeast of Prague.