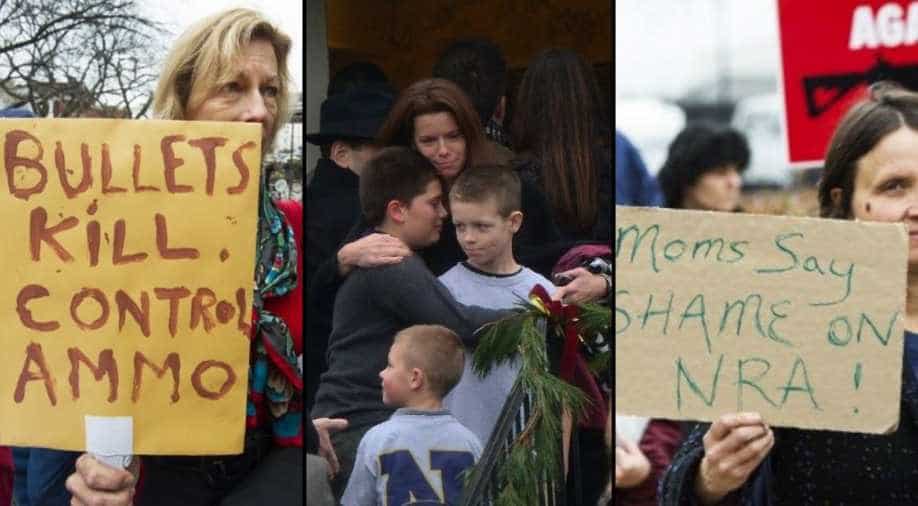 As per the lawyers, the nine families suing the company, who are being offered nearly $3.7 million apiece are considering the proposal

The maker of the rifle used in the Sandy Hook Elementary School shooting has offered some of the victims' families an amount of $33 million to settle their lawsuit.

The offer was filed late on Tuesday at the Waterbury Superior Court in Connecticut.

As per the lawyers, the nine families suing the company, who are being offered nearly $3.7 million apiece are considering the proposal.

Also read | 'He is a moron': US House Speaker Nancy Pelosi as McCarthy says mask rule based on 'India study'

Lawyer Josh Koskoff, in a statement, was quoted by BBC saying, "Since this case was filed in 2014, the families' focus has been on preventing the next Sandy Hook. An important part of that goal has been showing banks and insurers that companies that sell assault weapons to civilians are fraught with financial risk".

A Bushmaster AR-15-style rifle made by Remington was used to kill 20 first-graders and six educators at the Newtown, Connecticut, school on December 14' 2012.

Adam Lanza, a 20-year-old gunman, killed his mother at their Newtown home before the massacre.

He then killed himself with a handgun as police arrived at the school.