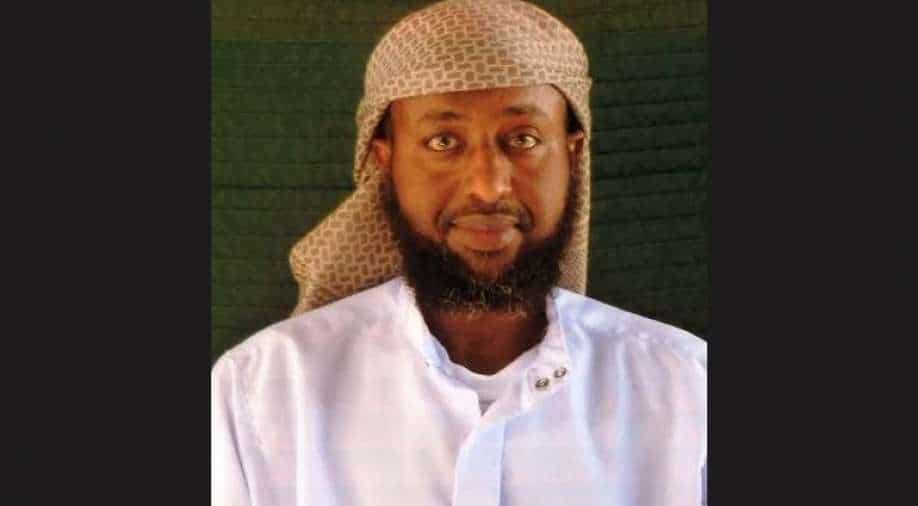 Guled Hassan Duran, 47, received word of the decision on Monday morning, the eve of the 20th anniversary of the establishment of the detention facility

A Somali man who has been held at Guantánamo Bay as a high-value prisoner was approved for transfer with security assurances, according to a document obtained Monday, making him the first detainee who was brought there from a CIA black site to be recommended for release.

Guled Hassan Duran, 47, received word of the decision on Monday morning, the eve of the 20th anniversary of the establishment of the detention facility at the US naval base in Cuba. He became the 14th or 15th of the 39 detainees still at Guantánamo with approval for transfer once US diplomats find countries to accept them with security guarantees that satisfy Defense Secretary Lloyd Austin.

Duran was captured in Djibouti in 2004, spent about 900 days in CIA custody and has been held in classified detention facilities at Guantánamo Bay without charge since September 2006. He cannot return to his homeland under a congressional prohibition on the transfer of Guantánamo detainees to Somalia, Libya, Syria and Yemen.

John F. Kirby, a Pentagon spokesman, declined to comment on the case or on any approvals that the interagency Periodic Review Board had made but not announced.

“The administration remains dedicated to closing the detention facility at Guantánamo Bay,” he said. “Nothing has changed about that.”

Duran is unlikely to go anywhere soon. The Biden administration has transferred only one detainee from the prison, a Moroccan man whose repatriation negotiations were begun during the Obama administration, put on hold during the Trump administration and completed in July. Once a deal is reached for any of the cleared prisoners, the secretary of defence has to sign off on it and Congress has to be provided 30 days’ notice.

Kirby also declined to discuss the case of Moath al-Alwi, a Yemeni man in his mid-40s whose sister posted on Facebook that he had also been notified that he was approved for transfer. “We ask Allah to release them all,” she said.

Al-Alwi has become as one of Guantánamo’s best-recognized prison artists. In 2018, replicas of sailing ships that he fashioned from found objects in the cellblocks were the centerpieces of “Ode to the Sea,” an art show at the John Jay College of Criminal Justice in New York. Soon after, the Defense Department declared art created by Guantánamo detainees property of the U.S. government and prohibited prisoners from giving pieces to their lawyers or anyone else. Prison staff also stopped showcasing his art in news media visits.

Duran’s lawyer, Shayana Kadidal of the Center for Constitutional Rights, said he was informed of the approval after his client was notified of the board’s decision on Monday morning. The document, dated November 10, pledged “vigorous efforts will be undertaken to identify a suitable transfer location” that is “outside the United States, subject to appropriate security and human treatment assurances.”

Duran lived in Sweden as a teenage refugee, has relatives in Canada and has “good options” for possible resettlement countries, Kadidal said. He described him as “smart and resourceful and has the experience of living in several different countries.”

The other high-value detainee who could become the first to go is Majid Khan, a US-educated Pakistani man who pleaded guilty to war crimes charges and was sentenced to 26 years in prison starting in 2012. But last year, Khan and his lawyers reached a secret deal with a senior Pentagon official to end his sentence as early as next month and no later than February 2025.

Under that scenario, US diplomats would have to negotiate his resettlement or repatriation as well.

Word of the approvals for more transfers came at a time of rising COVID-19 cases at the base, which on Monday forced the Navy hospital there to curtail services.

On Monday, the hospital spokeswoman, Dawn C. Grimes, reported that it had 88 “confirmed, active” cases, and 455 people in quarantine or isolation - including some who had come to the base unvaccinated and required a 14-day quarantine.

Two of the residents who tested positive for the virus were minors.

None have required hospitalization, but all were experiencing symptoms, Grimes said, including headaches, fever, shortness of breath and cough. “Currently, no cases are categorized as serious,” she said.

The base has an 85% vaccination rate, and limited testing capabilities for the virus. Grimes said that the base’s tests do not identify variants, but that “through observation and analysis,” the staff has concluded that the cases are of the fast-spreading omicron variant.

The hospital was clearly feeling the pinch of the sudden rise, from 17 cases between Dec. 1 and Jan. 4 to 88 at once on Monday.

The hospital has been offering curbside testing and walk-up laboratory services, and care at its clinic has been limited to urgent and acute cases.

“An increased number of hospital staff are needed to support COVID-19 mitigation efforts,” a statement issued by the hospital said. It added that the hospital pharmacy, the only one on base, shifted to drive-up service only, ending at noon.

The Pentagon’s Southern Command, which runs the prison, confirmed Monday that it was still staffing the operation of 39 detainees with 1,500 personnel, both soldiers and Defense Department contractors.

It has not disclosed how many of the 900 unvaccinated base residents were at the detention operation, and whether detainees and the mostly National Guard prison guards were in quarantine.