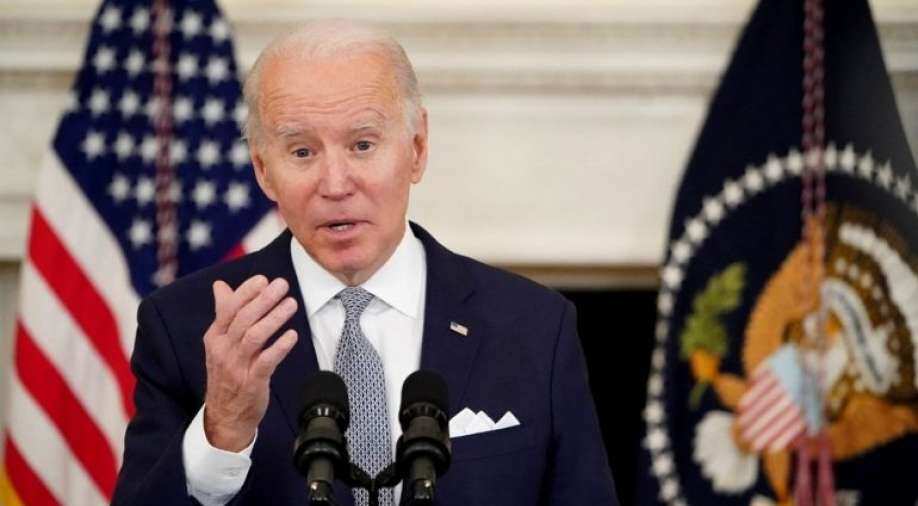 Biden and his top advisers are trying to turn attention toward the positives: emphasising how rapidly the economy has recovered

President Joe Biden is contending with an uncomfortable disconnect: The economy grew at the fastest pace since 1984 last year, but voters are downright pessimistic about economic conditions and their own financial prospects.

The divide traces back to the lingering pandemic and high prices, economists said. Inflation is running at its fastest pace since 1982, eroding gains and eating away paychecks as even robust wage increases struggle to keep pace. And despite vaccines, life has yet to return to normal in the way many people once expected.

The disparity poses a significant challenge for Biden and his party before the November midterm elections. Faltering consumer confidence in the economy — and Biden’s handling of it — could be a liability as Democrats battle to keep control of both the House and Senate.

Biden and his top advisers are trying to turn attention toward the positives: emphasising how rapidly the economy has recovered and that wages are rising, and hailing efforts to fix snarled supply chains and rebuild domestic manufacturing.

“We are finally building an American economy for the 21st century, with the fastest economic growth in nearly four decades, along with the greatest year of job growth in American history,” Biden said in a statement following the release of gross domestic product data Thursday.

But inflation has complicated that narrative.

The new GDP figures show that the economy has more than fully recovered from its pandemic hit, but a big chunk of that progress evaporates when you factor in recent price gains. In fact, growth is still falling short of its pre-pandemic trend after it is adjusted for inflation.

The bite that inflation is taking out of the recovery is palpable in everyday life. Workers are seeing their wages rise at the fastest pace in decades — but as they have to shell out more for couches, used cars, steaks and frozen chicken, many are finding that today’s bigger paycheck does not go as far as last year’s smaller one. While the unemployment rate has dropped much faster than almost anyone predicted, millions remain on its sidelines as child care issues and coronavirus fears persist.

The contrast between how the economy is doing on paper and how it feels on the ground has made it difficult for Biden to capitalize politically on what has been, by most measures, a historically strong economic recovery even after accounting for rising prices.

Biden might take some comfort from the last president to experience a similar combination of strong growth and rapid inflation: Ronald Reagan. Reagan, too, faced an economy struggling with rising prices and snarled supply lines early in his term. He, too, initially struggled to convince Americans that the economy was on the upswing. Yet in 1984, his message of “morning in America” carried him to a landslide reelection victory.

There are important differences. Reagan took office near the peak of the “Great Inflation” of the late 1970s and early 1980s, when interest rates were very high; by 1984, price growth and borrowing costs both had moderated. Economic growth also accelerated near the end of Reagan’s first term, whereas now most forecasters expect growth to slow as the post-pandemic boom fades. And Reagan ran for reelection in an era when views of the economy were much less divided along partisan lines than they are today.

The conundrum Biden is facing shows clearly in polling and survey numbers.

A Gallup survey conducted this month found that Americans view the economy more negatively than positively: Only 29% said the economy was improving, while 67% believed it was getting worse.

Consumer expectations data produced by the Federal Reserve Bank of New York has shown that a high share of consumers expect to be financially worse off a year from now: 26.3% in December, compared to 9.9% at the end of 2019, before the onset of the coronavirus. That change has come as inflation expectations tracked by the same survey have surged.

Part of the gloominess inevitably ties back to the long-lasting pandemic. While people harbored hope that the economy would reopen and ordinary life would resume once vaccines were readily available, continued waves of infection have prevented that from happening.

“There was a lot of optimism a year ago,” said Karen Dynan, a Harvard economist and former Treasury official in the Obama administration. “We’d gotten the vaccines faster than we’d thought, and we thought our lives were going to be able to go back to normal, and people just expected the economy to come along with that. And maybe that was a little naive.”

Getting voters to feel like they are benefiting from recent progress toward restoring the economy probably hinges on two things: bringing the pandemic under control and bringing inflation to heel.

Price gains are expected to fade this year, partly on their own and partly as a result of fiscal and monetary policy. While Congress and the White House pumped a lot of money into the economy last year in the form of expanded unemployment insurance, one-time checks and other benefits, that support is waning, which means that consumers will have less new money in their pockets to spend this year. As demand slackens, it may allow beleaguered supply chains to catch up.

The Federal Reserve is also preparing to raise interest rates, signalling that an initial increase is coming at its meeting in March; it has already begun to pull back its additional support for the economy. Higher borrowing costs should further cool off consumer and business demand, slowing hiring and wage growth in the process.

The trouble for the administration is that if the Fed slows down the economy drastically in its bid to tame inflation, voters may not end up happier: Fast growth and fast inflation and slow growth and slow inflation may both prove to be bad outcomes, from a worker’s perspective.

“Nirvana would be strong growth and low inflation,” said Nela Richardson, chief economist at ADP, the payroll processor and employment data provider. “That would be harder to pull off.”

Policymakers hope that the Fed will be able to engineer what economists call a “soft landing,” stabilizing prices while also managing to keep the job market relatively strong and growth chugging along steadily.

Yet economists have warned that accomplishing that could be a challenge, and the timeline may clash with America’s political cycle. Price gains are expected to begin to moderate by November, but high costs may not have completely evaporated by then.

The Fed projected in December that inflation would be running at about 2.6% by the end of this year, down sharply from the current pace — it is expected to come in at 5.8% in a report set for release Friday — but still above the central bank’s 2% goal.

The Fed is not partisan and operates independently of the White House. But its policies can affect political outcomes.

“The question is, do you want to be in the situation where demand is curtailed and we’re slowing down headed into an election cycle?” Richardson said. “There’s a lot of risk there.”

And in the meantime, Republicans have been zeroing in on rising prices, blaming the administration’s 2021 relief package and arguing that they detract from economic progress.

“There are real red flags here, with raging inflation, a massive drop in real disposable income and GDP growth driven primarily by a temporary buildup in inventories,” Rep. Kevin Brady, R-Texas, said in a release after the GDP report.

“Given that many Americans have lost confidence in his competency to heal the economy, it’s too soon for President Biden be celebrating, with the challenges workers and families face.”