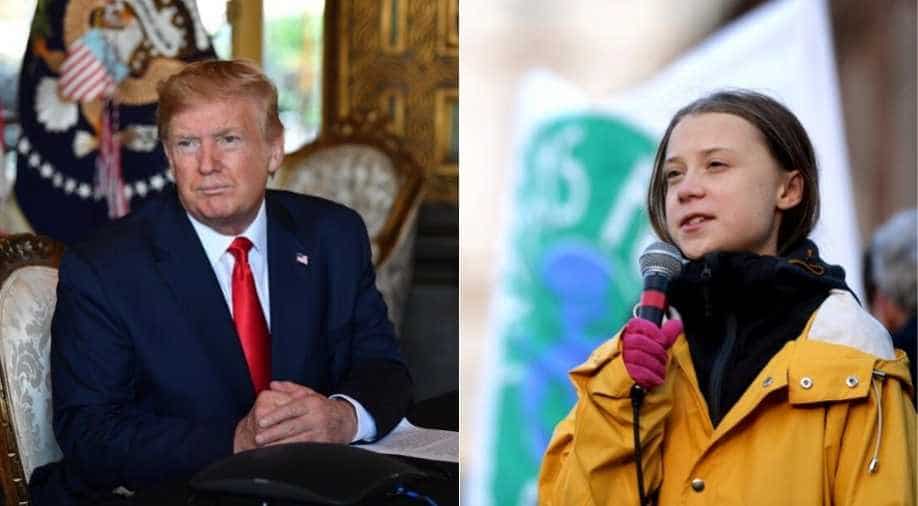 During a keynote address at Davos on Tuesday Trump had taken a dig at Thunberg saying that "perennial prophets of doom" should be rejected.

US President Donald Trump speaking at an unscheduled news conference at Davos on Wednesday said he "would have loved" to have met climate activist Greta Thunberg during the World Economic Forum(WEF).

Also Read: Veiled attacks and glares exchanged between Trump and Thunberg at WEF

The US president who is set to leave the WEF after the news conference said that some people are ungrateful, referring to Thunberg, and added that the climate activist should start working on other countries.

"I would have loved to have seen her," Trump said, adding that other countries who were worst polluters "Greta ought to focus on those places."

During a keynote address at Davos on Tuesday at the World Economic Forum, the US president had taken a dig at Thunberg saying that "perennial prophets of doom" should be rejected.  "They want to see us do badly," the US President said.

Trump claimed "alarmists" had been wrong on previous occasions.

Before Trump's address, Thunberg had said that nothing was being done to fight climate change. "There is a difference between being heard to actually leading to something," she added.

"It will require much more than this. This is just the very beginning," the 17-year-old said. Thunberg was present during Trump's address but looked calm quite different to when Trump had walked into the UN headquarters in September when the Sweedish teenager looked visibly furious.