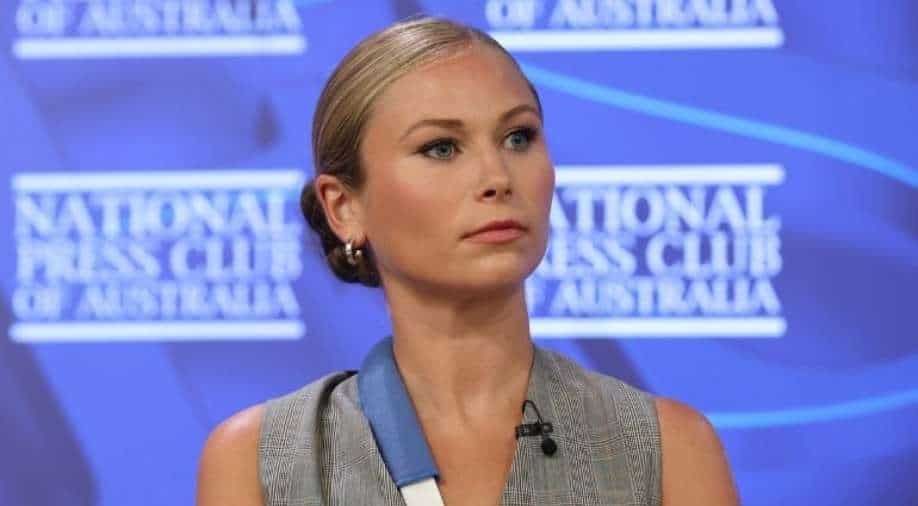 Grace Tame, who won the Australian of the Year 2021 award, said on Thursday that she was threatened by an activist against publically criticising Prime Minister Scott Morrison.

The child sexual abuse survivor recalled a "threatening phone call from a senior member of a government-funded organisation asking for my word that I wouldn't say anything damning about the prime minister" at a recent award ceremony.

Tame said the caller told her the prime minister "would have a fear... with an election coming soon".

Tame has been critical of the prime minister's leadership over the past year. "It rots from the top," she said.

"Unless our leaders take full responsibility for their own failings, abuse culture will continue to thrive inside parliament, setting a corrupt standard for the rest of the nation."

Minister for families Anne Ruston said the government was looking into Tame's claim, adding that, if true, such a warning would be "completely unacceptable".

It comes a day after Australia's Prime Minister Scott Morrison apologised in parliament for the treatment of women who had suffered sexual abuse.

The apology by Morrison, who must hold an election by mid-May, came after he struggled last year to placate public anger amid several allegations of sexual abuse, discrimination against women and misconduct in parliament.

A review sparked by former government staffer Brittany Higgins going public with details of her alleged sexual assault in a ministerial office found half of parliamentary staff had experienced harassment, bullying or sexual assault.

Higgins said she felt she had to make a choice between reporting her allegations to police or continuing her career. She quit her government job in January last year and reported her allegation to police.

Last year, police charged a 26-year-old man after an investigation into Higgins' case. He is due to face court later this year.

The parliamentary apology marked a rocky start to an election year for Morrison as anti-vaccination protesters gathered outside parliament and his conservative party faced ructions over a religious freedom bill.

His personal integrity has also come under attack from damaging leaks, including by Higgins, of historical text messages from state and Coalition partner leaders, including some labelling him a "liar".