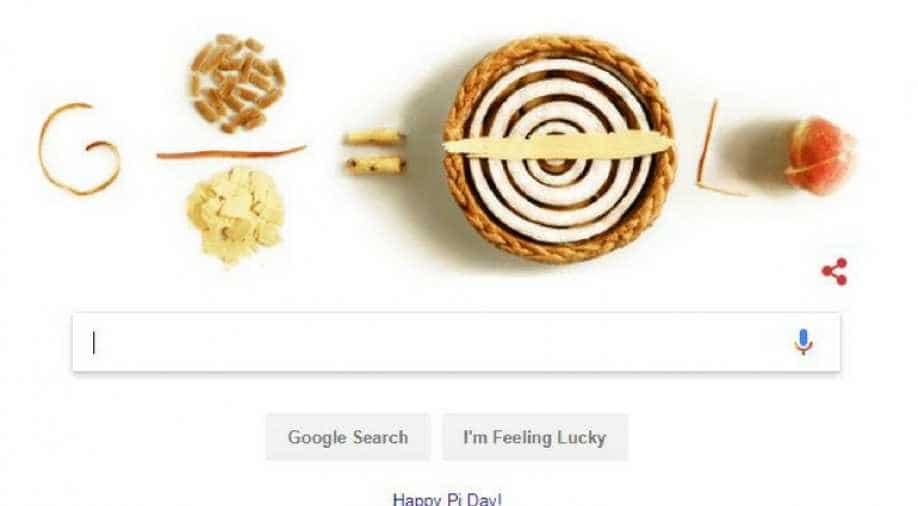 The pi day is associated with the pie and is observed around the world by mathematicians and scientists by eating and throwing the pie. Photograph:( Others )

Google Doodle is celebrating the 30th anniversary of pi day on Wednesday.

Pi day is an annual celebration of the π (pi) defined as the ratio of a circle's circumference to its diameter.

The day is celebrated on March 14th of every year as the digits of the date are same as first three digits of π which are 3,1,4.

The Pi is approximately equal to 3.14159 and is represented by the Greek letter "π".

Mathematician Archimedes of Syracuse is largely considered to be the first to calculate and determined that Pi was around 22/7.

The pi day is associated with pie and is observed around the world by mathematicians and scientists by eating and throwing pie; as the pi and pie are homophones in English.

The earliest known official or large-scale celebration of Pi Day was organized by Larry Shaw in 1988 at the San Francisco Exploratorium museum, where Shaw worked as a physicist, with staff and public marching around one of its circular spaces, then consuming fruit pies.