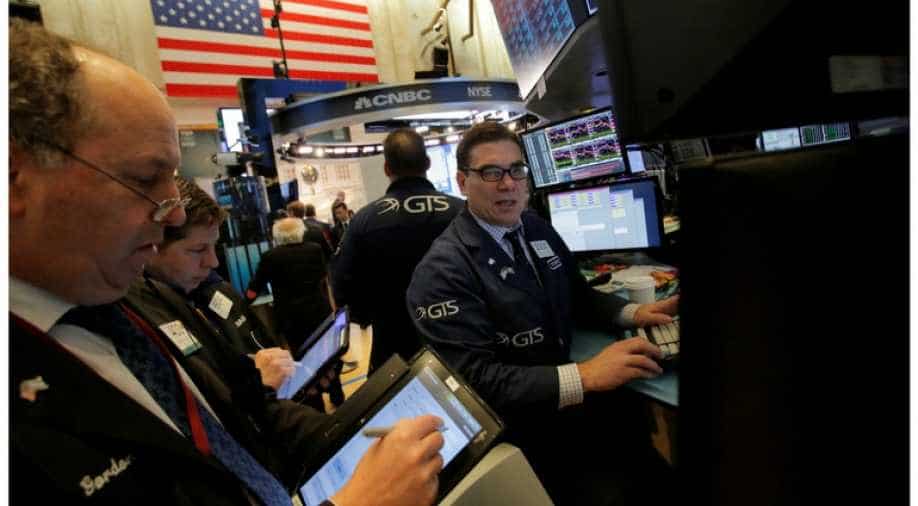 Global stocks mostly fell Wednesday as rising anxiety over the risk of a trade war took its toll on investor confidence.

The US announced it was taking action at the World Trade Organization against Indian export subsidies.

The White House is also considering slapping tariffs on billions of dollars in Chinese imports, particularly in the tech and telecommunications sector, in response to alleged improper practices involving American intellectual property.

The news follows last week's announcement of US tariffs on imported steel and aluminum and appeared to more than outweigh any positive investor sentiment associated with Trump's appointment of free-market economist Larry Kudlow to head the National Economic Council.

"All of it seems to be far more protectionist than investors expected a few weeks ago. The increase in protectionism raises worries about retaliation and how much it could hamper global growth."

The Dow opened higher, but veered into negative territory soon thereafter and finished 1.0 per cent lower.

Asian markets were also in retreat as traders took in news that Trump's moderate Secretary of State Rex Tillerson was being replaced by current CIA chief Mike Pompeo, who some on Wall Street fear may take a harsher line on trade.

"While the game of revolving chairs in Washington plays on, there is more risk aversion creeping into play as geopolitical uncertainty ratchets higher with the more hawkish foreign policy leaning Mike Pompeo now the face of US foreign policy," said Stephen Innes, who heads Asia-Pacific trading at OANDA.

Frankfurt was lifted in part by an 11.2 per cent surge in Adidas, which reported higher profits in 2017 on worldwide sales growth and cost savings.

In London, Prudential shot up more than five per cent after the insurer said it would split in two to better serve its regions of operation.