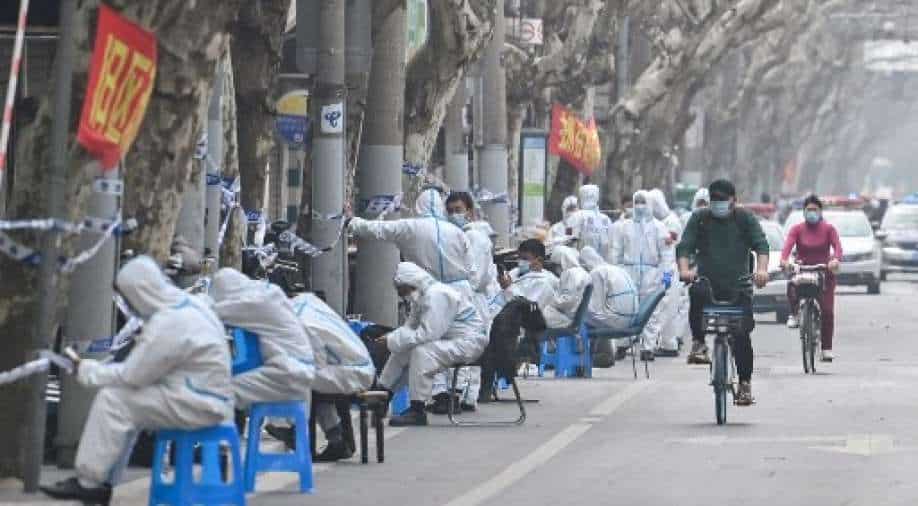 Shanghai expanded its shut downs to some western sections of the city earlier than planned on Wednesday (March 30), citing a total of 5,982 additional local cases.

After a month of decline, COVID-19 cases began to rise around the world last week, with lockdowns in Asia and China struggling to contain an outbreak.

In March, the BA.2 variant of the more infectious Omicron was thought to be rapidly spreading in portions of Europe and China.

This month has seen an increase in COVID-19 cases in France, Italy, Germany, and the United Kingdom.

In Asia, the situation in Hong Kong, the financial capital, appears to be stabilising.

Shanghai is the latest hotspot on mainland China, with numbers hovering around 4,400.

Some businesses in the United States, where warnings have already been given about an impending rise, are gearing up for back-to-work mode.

Shanghai expanded its shut downs to some western sections of the city earlier than planned on Wednesday (March 30), citing a total of 5,982 additional local cases.

Shanghai, which has a population of 26 million people, is on its third day of a lockdown imposed by officials who have divided the city approximately along the Huangpu River, separating the historic centre from the eastern financial and industrial sector of Pudong to allow for staggered testing.

The topic "Pudong pandemic" was one of the top trending items on the Chinese Weibo social media platform. A widely shared video showed a robotic dog with a loudhailer strapped on to its back walking around the empty streets of a housing compound, reminding residents to take necessary precautions.

What is the BA.2 variant?

As it is slightly harder to track, BA.2 is also called the "stealth variant". Due to a missing gene, BA.1 is tracked through a common PCR test by default due to a missing gene. While BA.2 and another sibling, BA.3 can be found only by genomic sequencing.

According to the World Health Organization, BA.2 now represents around 86% of all sequenced cases. It is more transmissible than other sub-variants, like BA.1 and BA.1.1. But the evidence so far suggests that it is less likely to cause a severe infection.