Global lockdowns may have birthed hungrier and angrier cannibal rats! 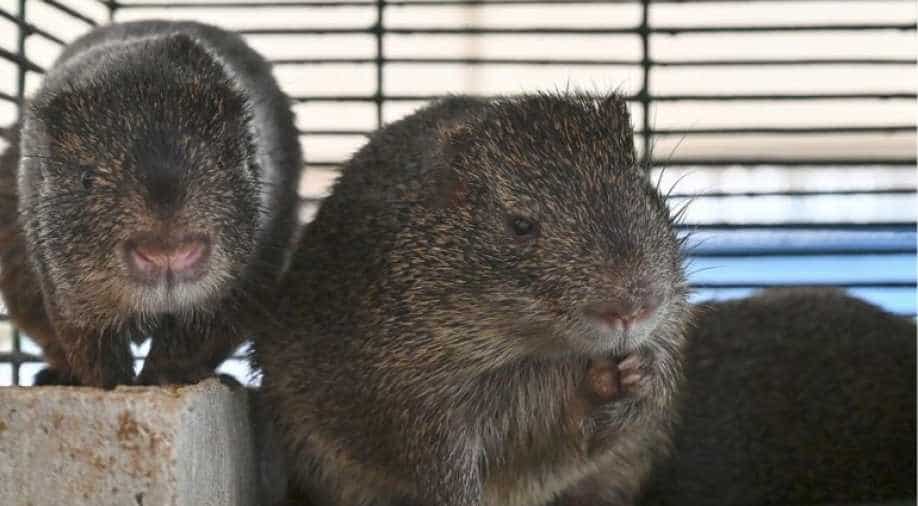 Cane rats sit in a cage on November 27, 2019, in Abidjan, during the 5th edition of the International Agriculture and Animal Resources Fair (SARA). Photograph:( AFP )

Cannibal rats are the newest entry into the post-lockdown life

Rodents across the world are facing food shortages due to their interdependence on human beings. As people cut down on how often they venture outside, the amount of potential food and leftovers for rodents to eat has also taken a hit.

Due to this, rats across the globe are exhibiting violent behaviour, going as far as eating each other.

Cannibal rats are the newest entry into the post-lockdown life. The US Centers for Disease Control and Prevention recently noticed “unusual” behaviour among rats, and warned of potential “aggressive” behaviour, which includes devouring rat puppies.

However, this isn’t an unusual phenomenon among mammals, Steve Belmain, a professor at the Natural Resources Institute in Kent, UK told the Guardian that “mothers will eat their young in the hope of one day being able to reproduce again”.

The professor added that rat mums will not starve to death in the case of food shortage. 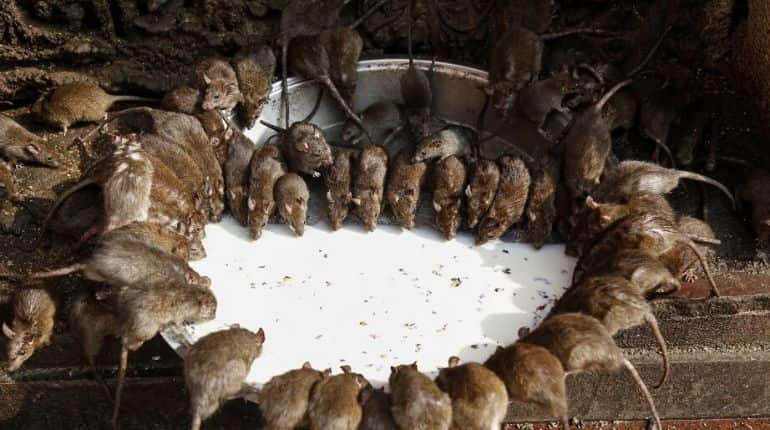 Rats drink from bowl of milk at the Karni Mata temple in Deshnoke near Bikaner, in the Indian state of Rajasthan on December 24, 2018. Hindu devotees offer prayers and donate milk to the rats at the temple, in a tradition thought to contribute to the betterment of their family and wider society. | AFP

Ferocious starving rats have triggered a trend in the UK. According to pest control firm Rentokil’s data provided to the Guardian, almost 80 per cent increase has been noted in website visits, suggesting rodents are becoming harder to deal with. It also suggests that rats are now venturing into homes in the absence of refuse on the streets.

Rats can develop cannibalistic behaviour in the absence of enough food. This may start as chewing the toe or the ear, and this becoming a full-fledged cannibal enterprise.

Another firm, Cleankill reported a 20 per cent increase in rat related calls compared to last year.

Trends across the globe suggests that rats have become braver in terms of how often they venture into homes, as opposed to the more common invader - mice. Additionally, having a cat at home may be a good way to control rats, but it also may end up inviting more rodents into the house, as those who happen to survive may build a home where they are, further wreaking havoc.

Cleankill recently told told the Guardian that they went to weed out rats from a motor home, where they found that the rat had built a nest in an engine compartment and were eating the seat fabric.

Rats tend to be more violent when hungry, which is why local leaders in the UK have asked people to keep their toilet seats down after using them, to avoid an attack, or a potential hazard.

Also, rats have the capacity to breed at an astonishing rate. They possess the ability to conceive immediately after giving birth, which implies that they could have two batches of litter at the same time, who also start reproducing three months later.