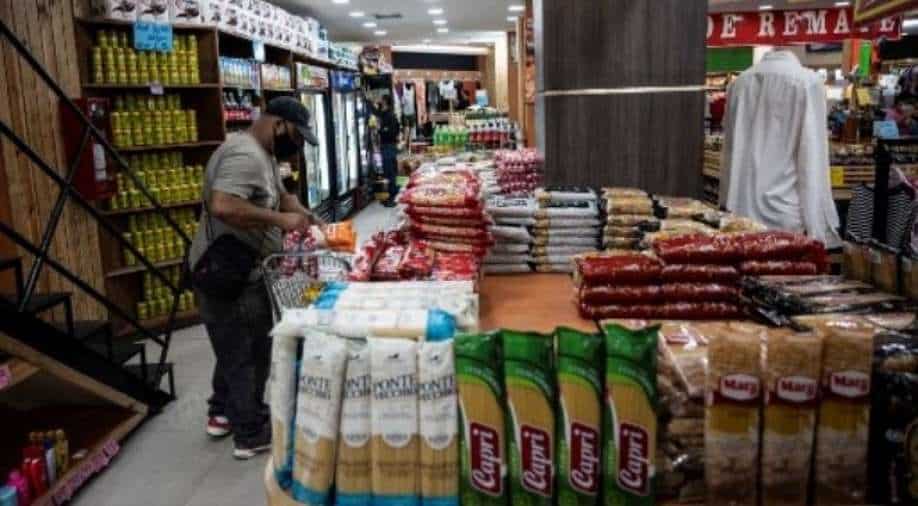 While the index fell short of the February 2011 record of 137.6 points in February, at 133.7, it was still close to the previous record. The index stood at 125.7 points for the year as a whole, also the highest in a decade. Photograph:( AFP )

The Food and Agricultural Organization said Thursday that food prices reached a 10-year high in 2021, rising by an average of 28 per cent compared to the previous year.

Despite a decline of 0.9 per cent from November, this was still a 23.1 per cent increase over the same month the previous year.

"While normally high prices are expected to give way to increased production, the high cost of inputs, ongoing global pandemic and ever more uncertain climatic conditions leave little room for optimism about a return to more stable market conditions even in 2022," FAO Senior Economist Abdolreza Abbassian said in a statement.

The price of another staple, sugar, fell by 3.1 per cent last month from November, reaching a five-month low. Overall, the Sugar Price Index rose 29.8 per cent, reaching its highest level since 2016.

In December, the Meat Price Index was "broadly stable," but it increased 12.7 per cent throughout the year. The Dairy Price Index increased 16.9 per cent compared with 2020.

Additionally, the Cereal Price Index decreased 0.6 per cent; however, it rose 27.2 per cent for the full year, marking its highest level since 2012. Among the biggest gainers were maize, up 44.1 per cent, and wheat, gaining 31.3 per cent.

Rice, another key staple food, decreased by 4 per cent.