Glacier the size of Britain could disappear and drown low-lying coasts: Study 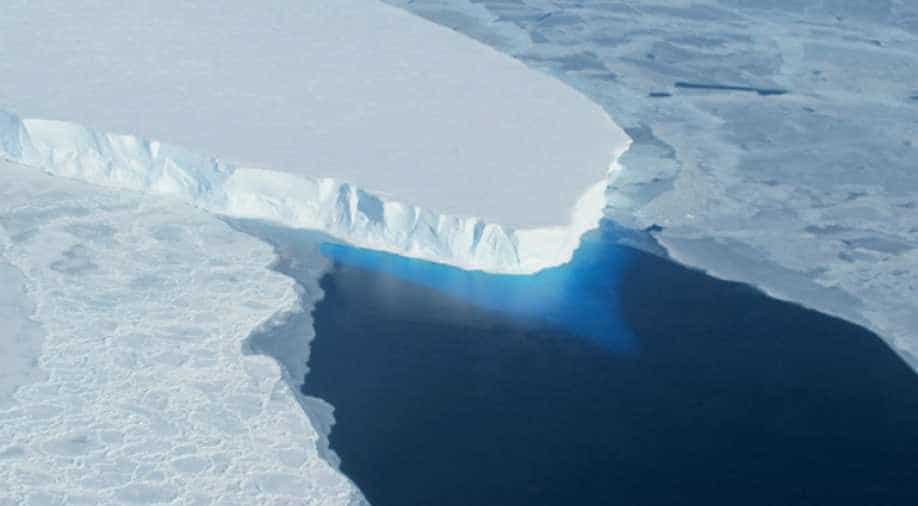 A glacier in Antarctica is approaching the "tipping point" that would lead to an catastrophic global sea level rise, a study has said.

The Thwaites Glacier, which is roughly the size of Florida or Britain, in West Antarctica, is at an unstoppable point now and once the "instability" begins, nothing could prevent the ice from melting, the Nasa-backed study said. Some of the low-lying areas of coastline will be drowned completely, it warned.

The melting can happen at present-day ice melting rates, the study further said.

Britain and the United States launched a $25 million project last year to study the risks of the collapse of the Thwaites Glacier. The five-year research, involving 100 scientists, is the two nations' biggest joint scientific project in Antarctica since the 1940s.

Ice is thawing from Greenland to Antarctica and man-made global warming is accelerating the trend.

Thwaites and the nearby Pine Island Glacier are two of the biggest and fastest-retreating glaciers in Antarctica.

If both abruptly collapsed, allowing ice far inland to flow faster into the oceans, world sea levels could rise by more than a metre (three feet), threatening cities from Shanghai to San Francisco and low-lying coastal regions.

Other scientists from South Korea, Germany, Sweden, New Zealand and Finland are also contributing in the project.

The United States is keeping up research even though US President Donald Trump doubts mainstream scientific findings that human activities, led by the burning of fossil fuels, are the main cause of global warming.