Giraffes extinct in at least 7 African countries, listed as 'vulnerable' 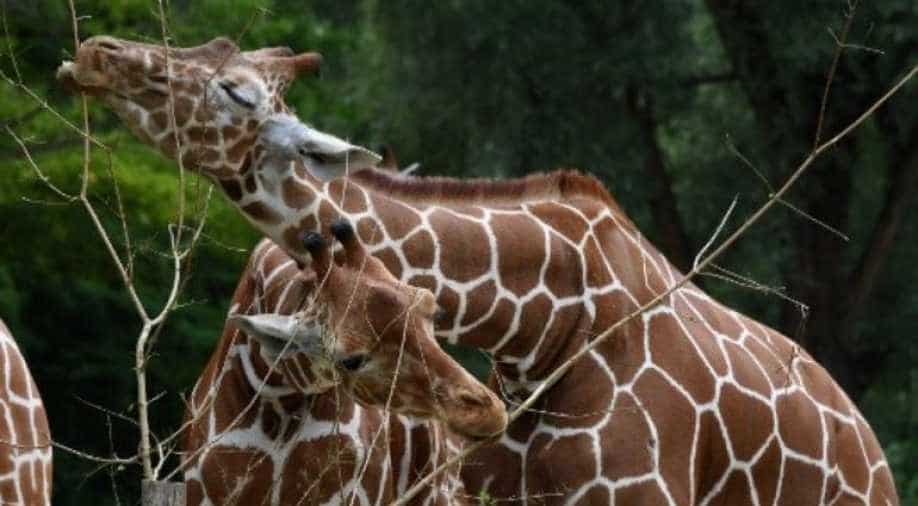 In the last 30 years, the species has seen a decline of a whopping 40 per cent in its population.

Wildlife experts have warned that giraffes are now extinct in at least seven countries.

According to a report, there are only 100,000 of these beautiful creatures left on the African continent.

The International Union for Conservation of Nature has listed giraffes under the 'vulnerable' species category.

In the last 30 years, the species has seen a decline of a whopping 40 per cent in its population.

While the Nubian and the Kordofan species of giraffes are listed as "Critically Endangered", the reticulated and the Masai giraffe are ''Endangered''.

Giraffes are usually around six-metre tall on average and are herbivores. These were originally found in over 20 African nations but are now extinct in seven nations -  Burkina Faso, Eritrea, Guinea, Mali, Mauritania, Nigeria and Senegal.

Some of the prime factors contributing to the decline of the giraffe population include poaching, trade for meat, skins, tails, illegal encroachment and habitat loss and degradation fuelled by wildfire.