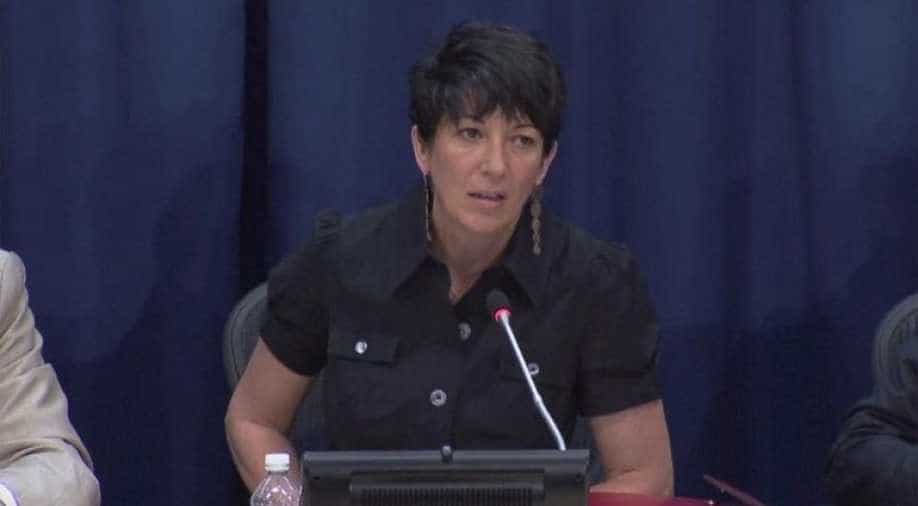 Documents about dealings between Ghislaine Maxwell and Jeffrey Epstein were publicly released on Thursday by a US court.

Documents about dealings between Ghislaine Maxwell and Jeffrey Epstein were publicly released on Thursday by a US court.

The cache of documents released on Thursday and the depositions that remain under wraps were part of a now-settled 2015 civil defamation lawsuit against Maxwell by Virginia Giuffre, who said she was underage when Epstein kept her as a "sex slave" with Maxwell's assistance under the guise of offering work as a masseuse.

Maxwell, 58, has pleaded not guilty to helping Epstein recruit and eventually abuse three girls from 1994 to 1997, and committing perjury by denying her involvement under oath.

She was also charged with two counts of perjury, according to the indictment by the acting US attorney for the Southern District of New York, Audrey Strauss.

The indictment accuses Maxwell of luring the girls by asking them about their lives, schools and families and taking them shopping or to movies.

After winning the girls' trust, the indictment alleges she would try to "normalize sexual abuse" by discussing sexual topics or by undressing in front of the victims or being present when a victim was undressed.

The indictment alleges that Maxwell was well-aware of Epstein's preference for minor girls and that he intended to sexually abuse them. Epstein's alleged abuse included touching their genitals, placing sex toys on their genitals and having the girls touch Epstein while he masturbated.

Maxwell also encouraged the young girls to massage Epstein, and in some cases, the victims were partially or fully nude during the massages.

The British socialite  was arrested on July 2 at a home in New Hampshire where prosecutors said she had been hiding out.

Maxwell has been held in a Brooklyn jail after a judge denied bail, calling her a flight risk. Her criminal trial is scheduled for next July.

Maxwell, the daughter of late British media magnate Robert Maxwell,  kept a low profile since the death of Epstein, a financier who was accused of raping and trafficking underage girls over nearly two decades. Some of Epstein's alleged victims have said Maxwell lured them into his circle, where they were sexually abused by him and powerful friends.

Maxwell was an ex-girlfriend of Epstein who became a longtime member of his inner circle. In a 2003 Vanity Fair article, Epstein was quoted as saying Maxwell was his "best friend."