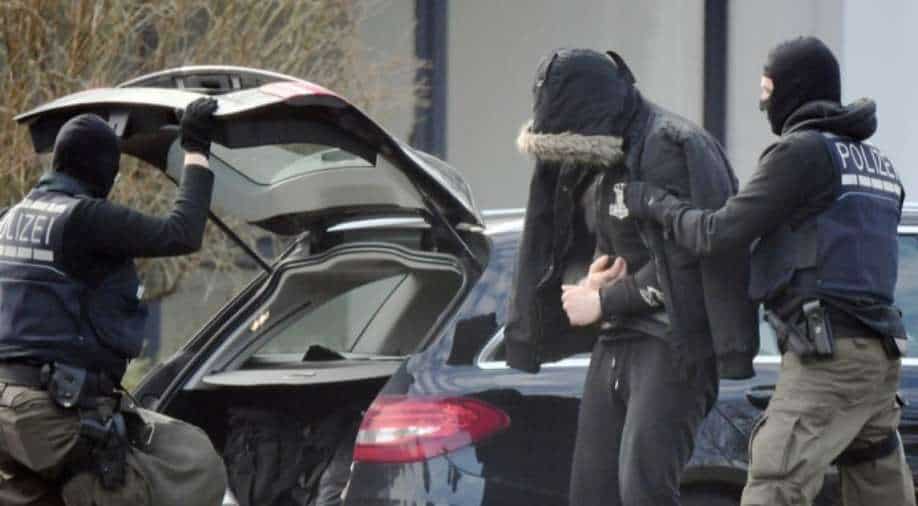 The suspects, 11 gang members, and one accomplice had met regularly to plan, with all but one of them pledging to contribute thousands towards a $59,000 pot to finance the purchase of weapons

Germany on Friday charged 12 men with plotting well-funded, armed attacks on mosques in which they planned to kill or injure as many Muslims as possible.

German prosecutors said in a statement "They aimed through attacks on mosques and the killing and wounding of as many Muslims as possible to create civil war-like conditions."

The suspects, 11 gang members, and one accomplice had met regularly to plan, with all but one of them pledging to contribute thousands towards a $59,000 pot to finance the purchase of weapons.

It comes as the European Union ministers agreed to reinforce security at the bloc's external borders and to impose tougher controls on violent extremism online.

The suspects, aged between 31 and 61, are all Germans, and all but one of them has been detained. The twelfth is still at large, prosecutors in the southeastern city of Stuttgart said.

Another suspect had died while in custody. A prosecution official said he had killed himself and that there was nothing to indicate foul play.

The official said cash sums in the "mid-four-digit range" had been found in suspects' houses.

Germany has experienced a spate of right-wing attacks in recent years directed at minorities and those perceived to support them.

Members of the so-called National Socialist Underground were convicted in 2018 for a decade-long spree of murders of ethnic Turks. Last year, another right-wing extremist targeted a synagogue in Eastern Germany, killing two bystanders.

A suspected far-right sympathiser is on trial for killing conservative politician Walter Luebcke. Luebcke, a vocal supporter of Chancellor Angela Merkel, had called for refugees to be given the support and welcome they needed during the 2015 refugee crisis.

Far-right sympathisers have also been unmasked in the police and armed forces.

Far-right extremism is particularly sensitive in Germany because of its responsibility for the Nazis' World War Two genocide of six million European Jews.