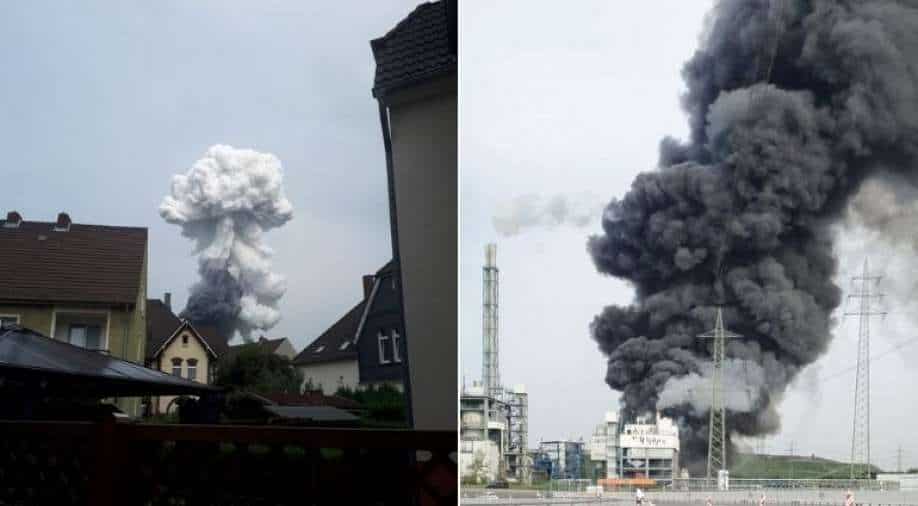 After the blast, locals were asked to shut windows and doors, and keep emergency numbers free as much as possible to make sure those in need are able to reach out to the authorities

An explosion in a chemical park in Germany led to the death of one person and has injured at least 16 people, the site operator said.

The blast happened around 09:40 am local time (0740 GMT) on Tuesday, Chempark operator Currenta reported. The reason behind the blast is still unknown.

Firefighters, search and rescue crews, and police officers were rushed to the scene of the blast immediately. In addition to this, pollution detection experts were also called to assess if the smoke coming from the blast site could pose a deadly effect on locals of the area.

As soon as the blast happened, authorities urged locals to stay indoors as thick black smoke started rising in the area. The NINA warning app sent an alert to locals of the area and asked them to close their doors and windows. Locals were also asked to keep emergency numbers free as much as possible to make sure those in need are able to reach out to the authorities.

Out of the 16, two injured people are reported to be in serious condition and four others have been reported missing by local authorities.

Authorities have assured that all resources are being used to ensure "rescue efforts continue at full speed".

"We are deeply saddened by this tragic accident and the death of an employee," Currenta said in a statement.