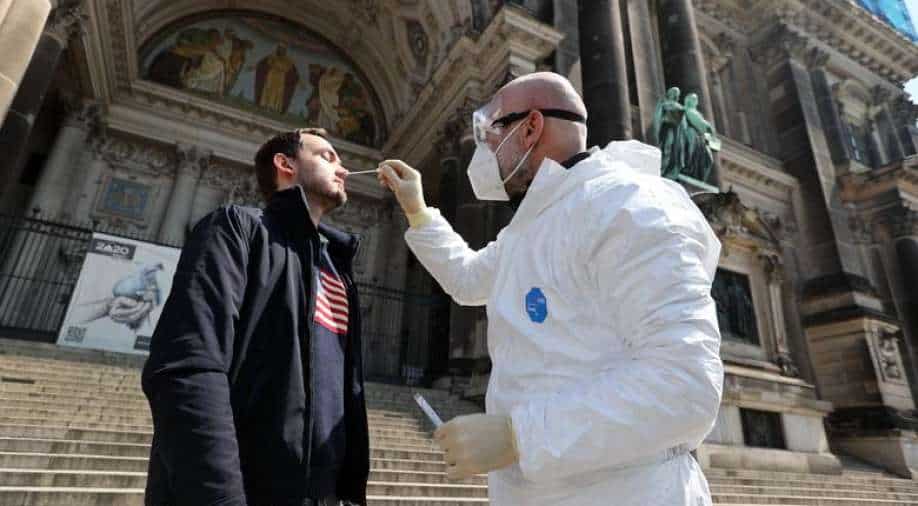 Germany recorded the highest incidence of coronavirus infections since mid-May on Saturday, reaching the threshold of 100 cases per 100,000 in the past seven days that used to be the yardstick for imposing a strict lockdown.

However, Health Minister Jens Spahn noted that Germany could cope much better now due to vaccination, although he said restrictions like mask wearing and limits on indoor activity for unvaccinated people would stay until next spring.

The seven-day incidence rate of cases - which until August was used to decide whether to impose more stringent COVID-19 curbs - rose to 100 on Saturday from 95 on Friday, the Robert Koch Institute responsible for disease control said.

The rise comes as the leaders of Germany's 16 states are discussing how to proceed after a nationwide state of emergency is set to lapse on November 25, meaning restrictions will automatically expire then unless extended by parliamentary vote.

Spahn said on Saturday that it should be possible to lift the state of emergency while still upholding rules requiring mask-wearing and proof of vaccination, recovery or a negative test result to enter most indoor public spaces.

"We can obviously deal with higher incidences, higher numbers of infections better, much better without overburdening the health system, because so many are already vaccinated," Spahn said in an interview with Deutschlandfunk radio.
"This path from a state of emergency to a state of special caution to a state of normality, probably in the spring, if there is no new variant, is, I think, also one that gives confidence."

However, he noted that parts of Germany with lower rates of vaccination - such as Saxony and Thueringen - were already seeing pressure on hospitals from rising infections.

Around 66 per cent of German residents are fully vaccinated, compared with 63.3 pr cent of people across the European Union.