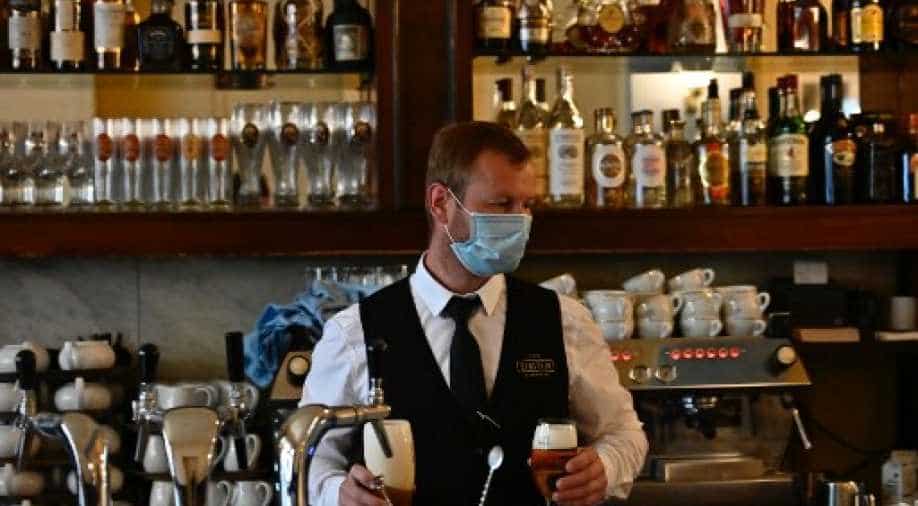 German government's decision to impose late-night curfew kicked in from Saturday as restaurants and bars closed early amid a surge in coronavirus cases in the country.

According to the new restrictions, restaurants and bars will have to close at 11pm until 6 am until the end of the month with petrol pumps disallowed from selling alcohol at night.

Several German cities including Hamburg and Berlin have now become "high-risk zones" as the country grapples with the new wave of epidemic with the onset of winter in Europe.

Chancellor Angela Merkel and mayors of several large cities had earlier agreed to impose stricter anti-COVID-19 measures amid a surge in cases. The German Chancellor and the mayors will be meeting again in two weeks to review the situation.

Merkel had earlier said she didn't want Germany to go through a repeat of the spring coronavirus situation when Europe was put under lockdown with every major economy shutdown.

Health minister Jens Spahn had warned that the country faces a "test of character" to combat the virus. "We are at an autumn milestone," Spahn said, adding,"We must not lose control ... this is a test of character for our society".

"It's mainly younger people who get infected because they think they are not vulnerable," Spahn asserted.

Germany has one of the best records in containing the virus so far compared to other nations namely France and Spain who have felt the brunt of the virus. The total coronavirus cases in Germany has reached 310,144 with the death toll climbing to over 9,570.