German army chief 'fed up' with neglect of country's military 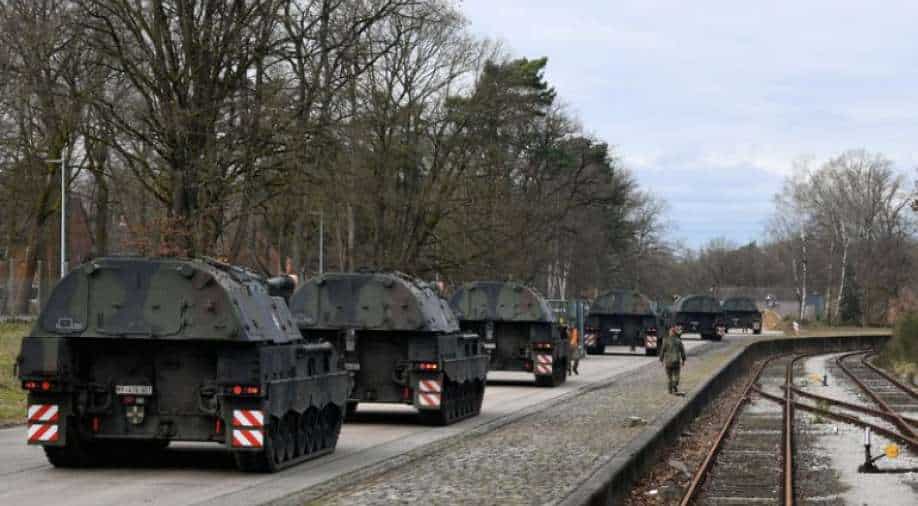 FILE PHOTO: Howitzers of the German armed forces Bundeswehr are seen before being loaded to Lithuania at the Bundeswehr military base in Munster, Germany, February 14, 2022. Photograph:( Reuters )

Commentators on LinkedIn praised Mais for his "brutally honest" words, many of them backing his veiled criticism of consecutive German governments that have been blamed for not fulfilling NATO's targets for military spending

The chief of the German army vented his frustration over what he sees as the long-running neglect of military readiness in his country in an unusual public rant a few hours after Russia invaded Ukraine, adding that the army was in bad shape.

Russian forces invaded Ukraine by land, air and sea on Thursday, confirming the worst fears of the West with the biggest attack by one state against another in Europe since World War Two.

"In my 41th year of peace-time service, I would not have thought that I would have to experience a war," Lieutenant General Alfons Mais said on LinkedIn on Thursday.

"And the Bundeswehr, the army which I have the honour to command, is standing there more or less empty-handed. The options we can offer the government in support of the alliance are extremely limited."

Commentators on LinkedIn praised Mais for his "brutally honest" words, many of them backing his veiled criticism of consecutive German governments that have been blamed for not fulfilling NATO's targets for military spending.

"We have all seen it coming but were not able to get through with our arguments to draw the consequences after (Russia's) annexation of Crimea. This does not feel good. I am fed up with it," Mais said in his post.

NATO territory had so far not come under direct threat, he said, but Germany's partners in Eastern Europe were feeling constantly rising pressure.

"When, if not now, is the moment to put the Afghanistan mission structurally and with regard to our equipment behind us and overhaul our posture?" Mais said. "Otherwise, we will not be able to successfully fulfil our constitutional duty and our obligations in the alliance."

German forces were drastically scaled down after the end of the Cold War, and later trained mainly for missions such as in Afghanistan where the adversary was poorly equipped and not an armed force with the most modern weapons.

A spokesman for the German army declined to elaborate on Mais' criticism.