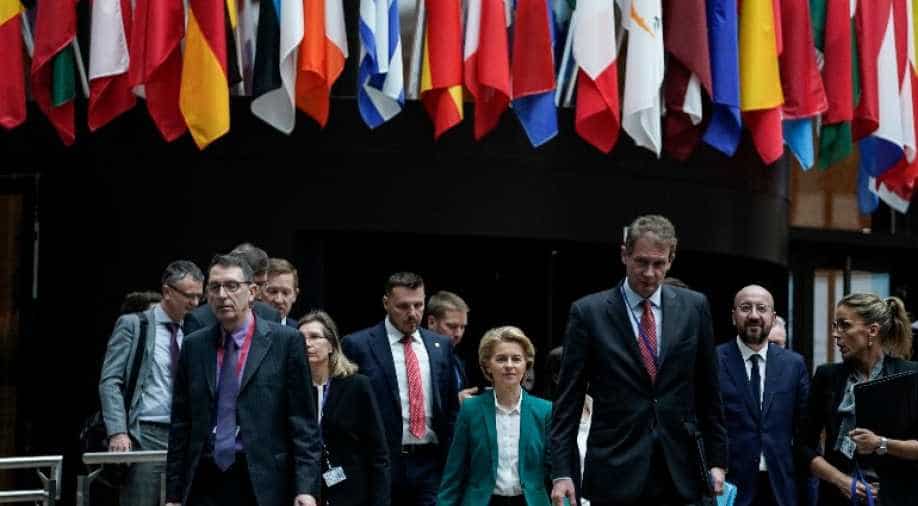 a joint press conference after a G7 Leaders' videoconference on COVID-19 Photograph:( AFP )

During the conference, the Leaders of the Group of Seven (G7) expressed the conviction that ''current challenges related to the COVID-19 pandemic need a strongly coordinated international approach, based on science and evidence, consistent with our democratic values, and utilising the strengths of private enterprise''.

The leaders of seven countries reassured that they would coordinate on necessary public health measures in order to protect people from the outbreak, protect jobs, support global trade, and encourage science.

Additionally, the focus was on ensuring the flow of real-time information so that all member states could have access to the latest intelligence, which could facilitate the prevention and mitigation of the pandemic.

With plans among health ministers of the countries to discuss imperatives every week, the G7 said that they were all committed to supporting the global alliance Coalition for Epidemic Preparedness and Innovation.

Additionally, the member-states will undertake joint research projects (both public and private) to work towards the creation of a vaccine.

The rest of the world has acknowledged India's initiative and governments across the world are working in tandem with India to control the outbreak.

Despite dealing with the coronavirus outbreak at home, India remains actively engaged with the world community.

Even countries like Iran, which have taken a hostile stand on issues like Kashmir, have asked for help from India. In times of crisis, India has put differences on the backburner.

The Group of Seven is an international intergovernmental economic organisation consisting of the seven IMF-advanced economies in the world: Canada, France, Germany, Italy, Japan, the United Kingdom, and the United States.