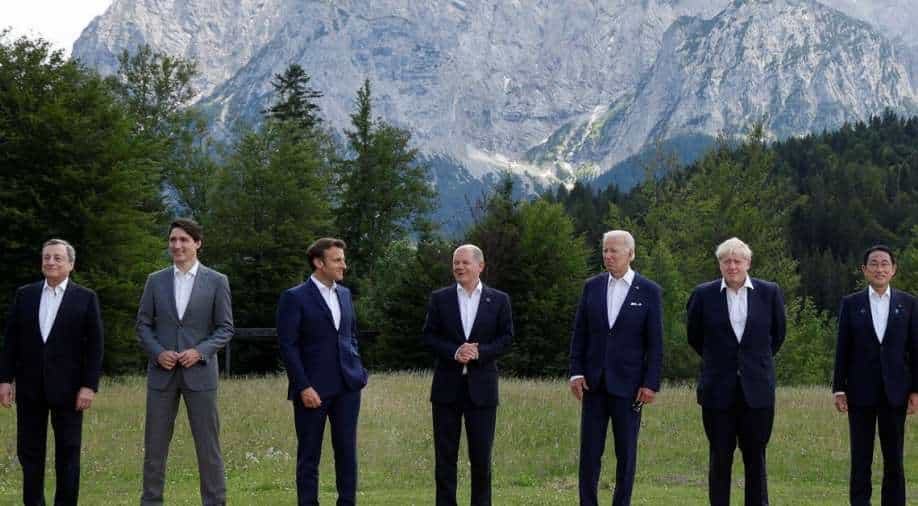 Unlike China's state-run BRI initiative, the proposed G7 funding would depend largely on private companies being willing to commit to massive investments and is therefore not guaranteed.

The G7 announced $600 billion for global infrastructure programmes in poor countries to compete with China's formidable Belt and Road Initiative on Sunday, as reported by AFP.

Between now and 2027, the US government and allies will shoot for the $600-billion figure "through grants, federal financing, and leveraging private sector investments," the White House said.

The Partnership for Global Infrastructure and Investment, unveiled with fanfare by US President Joe Biden and G7 allies from Canada, Germany, Italy, Japan and the European Union, aims to fill a huge gap left as communist China uses its economic clout to stretch diplomatic tentacles into the furthest reaches of the world.

Biden said the target was for the United States to bring $200 billion to the table, with the rest of the G7 another $400 billion by 2027.

Funding the kinds of projects that China currently dominates everything from roads to harbours in far-flung corners of the world is not "aid or charity," Biden said.

Highlighting the geostrategic thinking behind the plan, Biden said such projects "deliver returns for everyone, including the American people and the people of all our nations."

As reported by AFP, European Commission chief Ursula von der Leyen echoed this, saying "it is up to us to give a positive, powerful investment impulse to the world, to show our partners in the developing world that they have a choice."

Unlike China's state-run BRI initiative, the proposed G7 funding would depend largely on private companies being willing to commit to massive investments and is therefore not guaranteed.

According to US officials, however, that is a good thing.

In this capitalist vs communist scenario, US officials say, recipient countries will be able to avoid the debt traps and other strongarm tactics allegedly used by the Chinese.