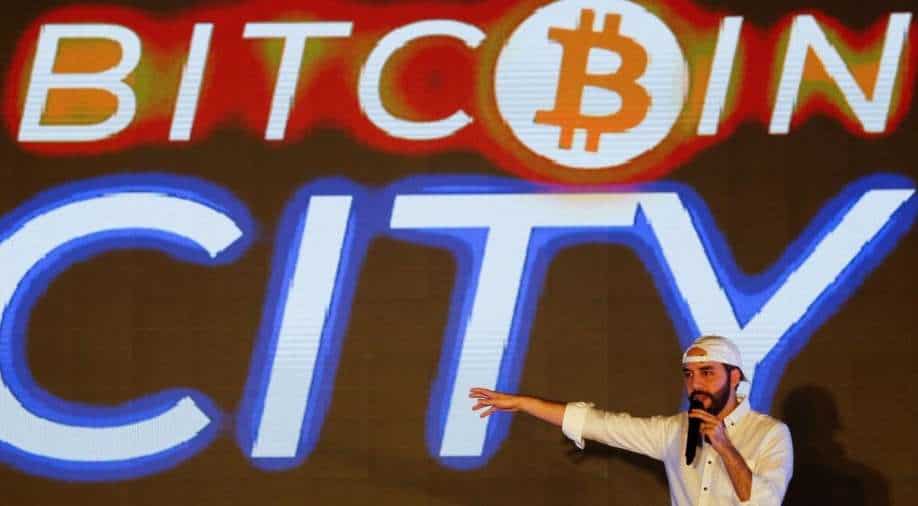 Half of the VAT levied would be used to fund the bonds issued to build the city. Also, the other half would pay for services such as garbage collection

In a first, El Salvador is planning to build the world's first "Bitcoin City." Initially, it will be funded by bitcoin-backed bonds, President Nayib Bukele said. While speaking at an event Bukele said that the city is planned in the eastern region of La Union and it would get geothermal power from a volcano and not levy any taxes except for value-added tax (VAT).

Half of the VAT levied would be used to fund the bonds issued to build the city. Also, the other half would pay for services such as garbage collection.

"Invest here and make all the money you want," Bukele said. He added, "This is a fully ecological city that works and is energised by a volcano."

Also read | Who is Satoshi Nakamoto? Real identity of bitcoin creator could be unveiled at Florida trial, says report

He said that it would be worth $1 billion, backed by bitcoin and carrying a coupon of 6.5 per cent.

After a five year lock-up, El Salvador would start selling some of the bitcoin used to fund the bond. This will be done to give investors an "additional coupon."

"This is going to make El Salvador the financial center of the world," he said.

Meanwhile, a recent report published in the Wall Street Journal says that the real identity of the creator of bitcoin can be unveiled in an ongoing trial in Florida. The lawsuit filed by late David Kleiman's family claims him to be Satoshi Nakamoto, the name used by the presumed pseudonymous person who developed bitcoin.

Despite experiencing a downfall of over 4 per cent, Bitcoin still remains the world's biggest and best-known cryptocurrency.