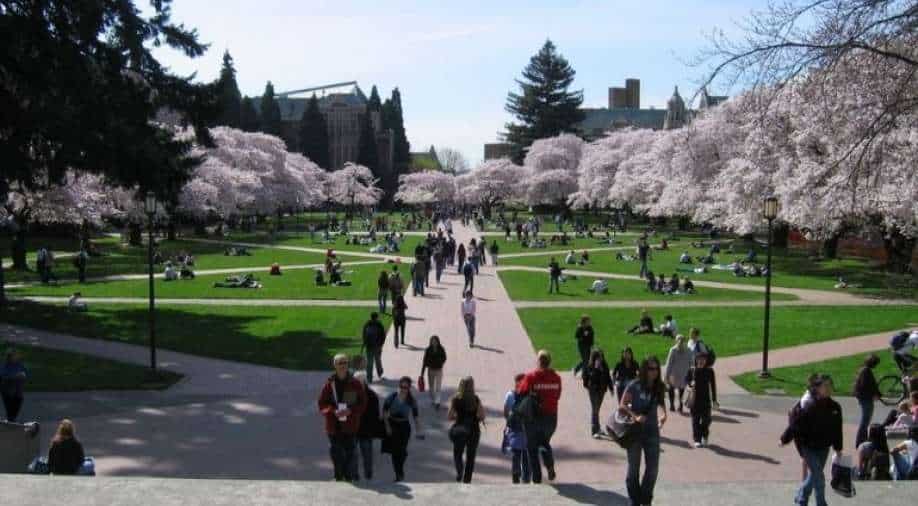 In this file photo, students can be seen in the campus of a college affiliated to the University of Washington Photograph:( Facebook )

This list includes words such as racism, sexism, ageism, homophobia, disability and minority among others

The University of Washington has released a new guideline that states why the use of certain words can be considered ‘problematic.’

This list includes words such as racism, sexism, ageism, homophobia, disability and minority among others.

The Department of Information Technology at the University says that word ''lame'' is  “ableist”.

Also read | Why has US failed to fight racism?

“The word is offensive, even though it’s used in slang terms to mean uncool, because it uses disability in a negative way to imply the opposite, which wouldn’t be lame, would be superior,” the guidelines said.

As per the University, ''How society labels individuals withdisabilities as a group can also have animpact on how young people with disabilitiesview themselves. Responding to labels can test self-identity and self-value.''

''Successful individuals who overcome adversities are often able to define themselves more around their multiple talents than around their areas of vulnerability. Being able to show their talents and have themvalued by those who are important to themhelps them define their identities around that which they do best.''

The guide considers “grandfather” to be a “problematic word” because the word “is used as a way of exempting some people from changing a preexisting condition”.

“Use of racist-based color-labels [sic] ‘White’ is good, ‘black’ is bad, a ‘red’ attacker, or a ‘yellow’ excluded third party – is offensive,” the guide noted.

Former US President Donald Trump had argued that banning vulgar terms and sexually indecent images did not discriminate against anyone’s viewpoint, and that the government should not be forced through the trademark system to promote words and images that would be shocking or profane to the public.