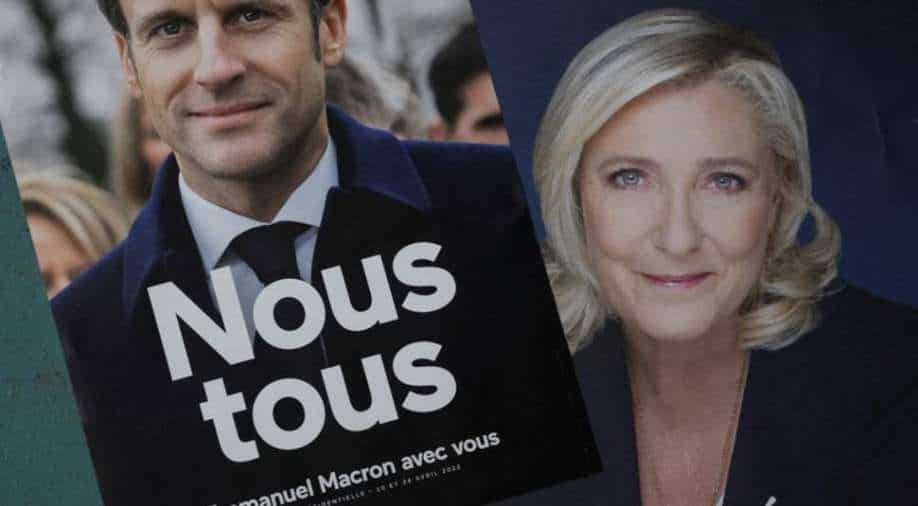 What is the two-round system, how are campaigns funded, and how are media coverage limitations imposed? The nuts and bolts of France's presidential election are examined in detail by WIONEWS.com.

French voters will go to the polls twice to elect their new President.

On April 10, 12 candidates ran against each other in the first election.

They were able to enter the contest after gaining the support of 500 mayors and municipal councillors from throughout the country.

Because Macron and Le Pen garnered the most votes, but because neither received more than 50%, a runoff will be held on Sunday, April 24.

This isn't France's only national election this year; parliamentary elections are also scheduled for June.

Let's have a look at the procedure for electing the President of the French Republic:

The people of France elect their President every five years.

Who is eligible to vote?

Direct universal suffrage is used to elect the President.All French nationals aged 18 and up, whether or not they live in France, are eligible to vote.Votes are directly attributed to the candidates.

What are the election's main stages?

Campaigning for the election

A committee is in charge of monitoring the budget limit.

Once the official campaign begins, each candidate must receive an equal amount of TV and radio airtime.

Each candidate gets a fair amount of airtime (radio and TV)

In France, the quantity of airtime granted to presidential candidates is highly restricted, and the restrictions are evolving as the election draws near. Radio and television stations must provide each candidate "equitable" airtime, also known as temps de parole or "speaking time," after the Constitutional Council releases the official list of candidates.

The French people go to the polls. If no candidate receives more than 50% of the vote in the first round, a second round is held.

Only the two candidates with the highest votes advance to the second round of the election.The candidate who receives the absolute majority of the votes cast is declared the winner.

What is a runoff election?

Only if no candidate receives a simple majority (more than 50%) of the votes cast in the first round, or at least some other predetermined percentage, does the election move on to the second round.

In the second round, only the two candidates who obtained the most votes in the first round, or those who received more than a predetermined percentage of the votes, are normally candidates.

Any candidate who is still in the running for the second round has the option to withdraw.

The two-round system is frequently employed in the election of legislative bodies and directly elected presidents, as well as in other situations such as the election of political party leaders and internal company elections.