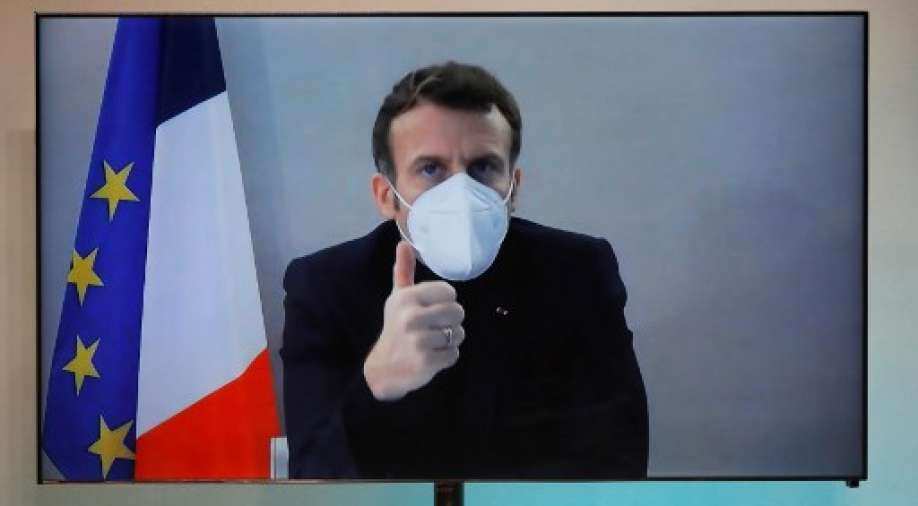 Earlier, Macron took to Twitter to post a video message in French and informed people that he is 'doing well' but is a little tired which has 'slowed down' his daily activities

Earlier, Macron took to Twitter to post a video message in French and informed people that he is 'doing well' but is a little tired which has 'slowed down' his daily activities.

Also read: Emmanuel Macron claims he is 'doing well' from COVID-19 and concentrating on Brexit

Macron, 42,  is currently residing in his presidential residence at La Lanterne in Versailles outside Paris. The French president's wife Brigitte Macron,67, tested negative for the virus. Macron had attended an EU summit last week, although it is still unclear how the French president contacted the virus.

On Wednesday, Macron had attended the dinner at a gathering at Elysee which was attended by several leaders Prime Minister Jean Castex, who is now also self-isolating.

Several top EU leaders went into self-isolation after Macron tested positive for the virus as they had come in contact with the French president during the summit including Luxembourg's Prime Minister Xavier Bettel, European Council president Charles Michel and Spanish Prime Minister Pedro Sanchez.

Medical experts have voiced concerns that the Christmas holidays could result in a resurgence of COVID-19 cases in France and Europe. Data published on Tuesday showed that France had reported a further 802 related deaths in the last 24 hours, and another 11,795 confirmed cases.

France will reopen its borders to passengers from England on Wednesday, ending a blockade intended to stop the spread of a new coronavirus variant, but which has held up thousands of lorries before Christmas.

Much of the world shut its borders to Britain after a significantly more transmissible mutated coronavirus variant was discovered spreading swiftly across southern England.

With queues of trucks snaking to the horizon in England and some supermarket shelves stripped just days before Christmas, British Prime Minister Boris Johnson scrambled to get French President Emmanuel Macron to lift a ban on freight from Britain.