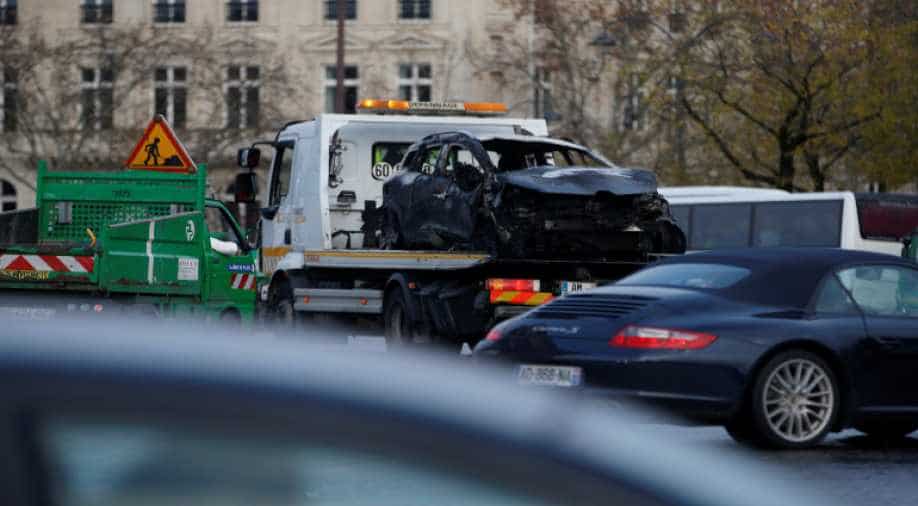 A vandalized car is removed the morning after clashes with protesters wearing yellow vests, a symbol of a French drivers' protest against higher diesel fuel taxes, in Paris, France, December 2, 2018 Photograph:( Reuters )

French President Emmanuel Macron on Sunday convened a cabinet meeting for crisis talks a day after Paris saw its worst unrest in a decade on Saturday.

Macron went earlier to the Arc de Triomphe on Sunday after one of France's most revered monuments was vandalised by rioters, with the government considering a state of emergency after the worst bout of unrest in years.

Disturbances also rocked several cities and towns and across France - from Charleville Mezieres in the northeast to Nantes in the west and Marseille in the south, the report added.

The rebellion erupted on November 17 as a backlash against Macron's fuel tax hikes.

It spread quickly via social media, with protesters blocking roads across France and impeding access to shopping malls, factories and some fuel depots.