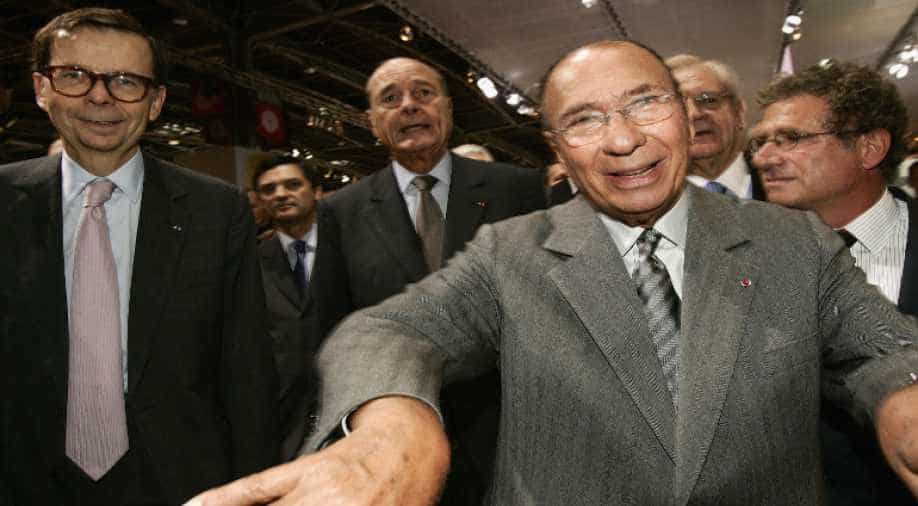 The 91-year-old Dassault, who is also a member of the French Senate with the conservative Republicans party, is France's third wealthiest person with a net worth estimated by Forbes magazine of $14.8 billion (13.3 billion Euros).

The tycoon has been caught in a complex legal web, accused of crimes ranging from tax fraud to buying the votes of poor families of immigrant backgrounds in the southern Paris suburb of Corbeil-Essonnes where he was mayor for 14 years.

His trial on Monday relates to charges he stashed some 31 million Euros from French tax authorities in Luxembourg, Liechtenstein and the Virgin Islands.

The existence of the secret bank accounts emerged during a separate investigation into Dassault, over vote-buying in elections in 2008, 2009 and 2010 in Corbeil-Essonnes.

He was charged alongside seven other people, including his friend and current mayor Jean-Pierre Bechter.

Dassault admits using his vast personal wealth to help residents of Corbeil, but denies any payouts were made in exchange for electoral support.

Witnesses who claim to have been paid have told investigators that in return for support, residents could expect money for driving lessons or help with finding accommodation subsidised by the local council.

In May a court heard the money has fuelled violence, threats and extortion in the small town.

A close ally of Dassault's Younes Bounounara was sentenced to 15 years in prison for attempted murder in May for shooting a man who filmed Dassault admitting he had given money to Bounounara.

French satirical newspaper Canard Enchaine later revealed that Dassault had given Bounounara 1.7 million Euros that he had not shared out as planned.

One of the other suspects in the vote-buying case, accountant Gerard Limat, testified in 2014 that he had used two Luxembourg accounts belonging to Dassault to distribute money during electoral campaigns in Corbeil-Essonnes.

Investigations revealed that nearly four million Euros had been transferred from these accounts to "supposedly charitable organisations in Algeria and Tunisia in 2009 and 2010", said a source close to the investigation.

Limat also said he would transfer money from Luxembourg accounts to a Swiss financial service which would bring cash to Paris that he would hand to Dassault.

In November 2014, Dassault's accountant reportedly told investigators that he delivered 53 million Euros in plastic bags to his boss over several years.

Investigators uncovered voter lists at Dassault's home and offices, with the mention "paid" and "unpaid" next to their names, as well as remarks such as "drivers licence" or "support upon leaving prison".

Dassault denies the charges of vote-buying, and the case is still under investigation.

Dassault heads the Dassault Group, which owns the country's main conservative newspaper Le Figaro and holds a majority stake in Dassault Aviation which makes business and military aircraft, including the Rafale fighter jet.

In 1998, Dassault received a two-year suspended prison sentence in Belgium for bribing members of the country's Socialist Party to win an army helicopter contract in what became known as the Agusta scandal.