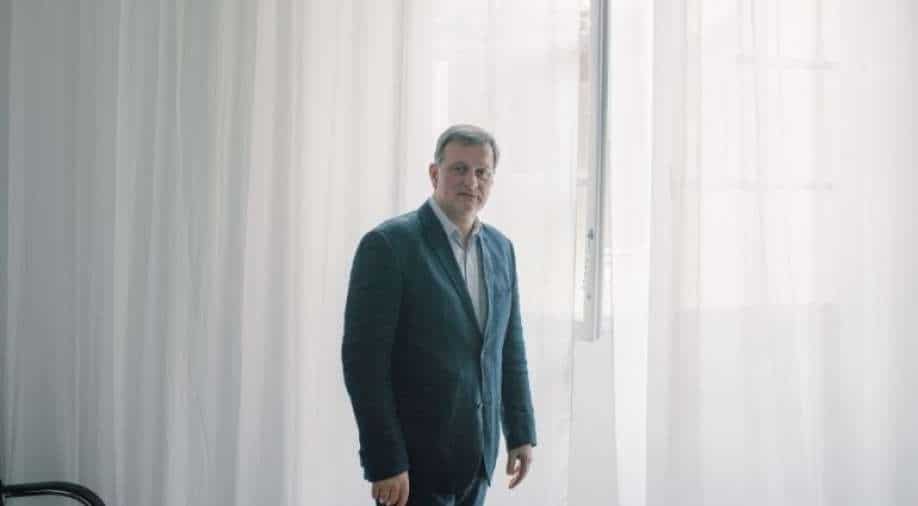 Louis Aliot, mayor of Perpignan, France, at city hall, March 4, 2021. In the southern city of Perpignan, voters who had long built a dam against the far right turned in the last election. Some wonder whether it’s a harbinger of things to come Photograph:( Dmitry Kostyukov © 2021 The New York Times Company )

In 2014, many voters on the left and right had successfully united in a “Republican front” against Aliot — the same way they raised a dam against Le Pen in the 2017 presidential election won by Macron

Riding high in the polls ahead of the next presidential election, feeling they’ve won the battle over ideas, smelling blood in the Élysée Palace, leaders of France’s far right cocked their eyes across the land at perhaps the one thing standing between them and power: beavers.

That is what some French call the voters who, time and again, have cast political differences aside and put in power anyone but far-right candidates — raising a dam against them as real beavers do against predators. Voters did precisely that in 2014 in Perpignan, a medieval city of pastel-color buildings on the Mediterranean near the border with Spain.

But last year, the dam broke and Perpignan became the largest city under the control of the National Rally, the far-right party led by Marine Le Pen. Today the city of more than 120,000 is being closely watched as an incubator of far-right strategy and as a potential harbinger of what a presidential election rematch pitting Le Pen against President Emmanuel Macron could look like.

A victory for Le Pen would be earth-shattering for France, and all of Europe. It has been an article of faith in France that a party whose leadership has long shown flashes of anti-Semitism, Nazi nostalgia and anti-immigrant bigotry would never make it through the country’s two-stage presidential electoral juggernaut.

But steadily her party has advanced farther than many French have been prepared to countenance, and Le Pen’s debut in the final round of France’s last presidential election in 2017 came as a shock to the system.

She may still be a relative long shot, given the party’s history in France, but for now perhaps not as long as she once was. Recent polls show her matching Macron in the first round of next year’s presidential contest and trailing by a few points in a second-round runoff. In a poll released Thursday, 48% of respondents said Le Pen would probably be France’s next president, up 7% compared with half a year ago.

“They’ve been forming dams since 2002 now,” said Louis Aliot, the mayor of Perpignan and a longtime National Rally leader. “So to ask them again to form a dam with Macron — but what’s changed? Nothing at all.” Voter-built dams were no longer effective, unlike those made by the animal, he said, adding, “When beavers build dams, it works.”

In 2014, many voters on the left and right had successfully united in a “Republican front” against Aliot — the same way they raised a dam against Le Pen in the 2017 presidential election won by Macron.

But in the intervening years, Aliot succeeded in softening the party’s image in Perpignan and won new converts, even as disillusioned beavers stayed home or left blank ballots on voting day in 2020. Aliot won handily — in a rematch against his opponent of 2014 who, like Macron, had tilted rightward and marketed himself as the best check against the far right.

Nationally, Le Pen, who was Aliot’s common-law partner for a decade until 2019, has hewed to the same playbook in sanitizing her party’s image, even amid questions about the depth and sincerity of those efforts.

She has softened the party’s longtime populist economic agenda — for instance, by dropping a proposal to exit the euro and by promoting green reindustrialization — while holding onto or even toughening the party’s core, hard-line positions on immigration, Islam and security.

The effort by the party to wade into the mainstream has presented a special quandary for Macron. Sensing the political threat, and lacking a real challenge on his left, he has tried to fight the National Rally on its own turf — moving to the right to vie for voters who might be tempted to defect to it. Doing so, Macron hopes to keep the far right at bay.

But the shift also helps destigmatize the far right, or at least many of its messages, argue National Rally leaders, some members of Macron’s own party and political analysts. Macron’s strategy may have the unintended consequence of helping the National Rally in its decadeslong struggle to become a normal party, they say.

“It legitimizes what we’ve been saying,” Aliot said. “These are the people who’ve been saying for 30 years: Be careful, they’re nasty, they’re fascists, because they target Muslims. All of a sudden, they’re talking like us.”

Nicolas Lebourg, a political scientist specializing on the National Rally, said that adopting the far right’s themes has often backfired. “What they’re currently doing is campaigning for Marine Le Pen,” he said.

Even as Macron has portrayed himself as the best candidate to protect France from the far right, polls show voters may be growing weary of being asked to vote against a candidate, rather than for one.

Among the former beavers of Perpignan were Jacques and Régine Talau, a retired couple who had always voted for the mainstream right, helping build the dam against the far right in Perpignan in 2014 and in the presidential election of 2017.

Historically conservative and economically depressed, Perpignan was perhaps naturally receptive to Le Pen’s party, which had won smaller, struggling cities in the south and north in recent years. But winning over the Talaus of Perpignan was a tipping point.

Their neighborhood, Mas Llaro, an area of stately homes on large plots amid vineyards on the city’s eastern fringe, is Perpignan’s wealthiest. In 2020, more than 60% of its residents voted for Aliot — 7 percentage points higher than his overall tally and 10 percentage points more than in 2014.

Mas Llaro had always voted for the mainstream right.

But disillusioned and weary of the status quo, the Talaus, like many others, voted for the first time for the far right last year, drawn by Aliot’s emphasis on cleanliness and crime, saying their home had been broken into twice.

Though satisfied with the mayor’s performance, Jacques Talau said he would still join the dam against the far right in next year’s presidential contest and hold his nose to vote for Macron. But Regine Talau was now considering casting a ballot for Le Pen.

“She’s put water in her wine,” Regine Talau said, adding that Macron was not “tough enough.”

Aliot’s opponent in 2014 and 2020, a center-right politician named Jean-Marc Pujol, had pressed further to the right in an unsuccessful move to fend off the far right. He increased the number of police officers, giving Perpignan the highest number per capita of any large city in France, according to government data.

Even so, many of his core supporters appeared to trust the far right more on crime and still defected, while many left-leaning beavers complained that they had been ignored and refused to take part in dam-building again, said Agnès Langevine, who represented the Greens and the Socialists in the 2020 mayoral election.

Jeanne Mercier, 24, a left-leaning voter, said many around her had been “seduced” by Perpignan's far-right mayor.

“We’re the test to show France that the National Front is making things work and that people are rallying and are happy,” she said, referring to the party by its old name. “In the end, it’s not the devil that we imagined.”

Camille Rosa, 35, said she doesn’t know whether she would join again in building a dam against Le Pen next year. The attacks by the president’s ministers against “Islamo-leftism” and scholars on feminism, gender and race had fundamentally changed her view of the government of Macron.

“I have the impression that their enemies are no longer the extreme right at all,” she said, “but it’s us, people on the left.”