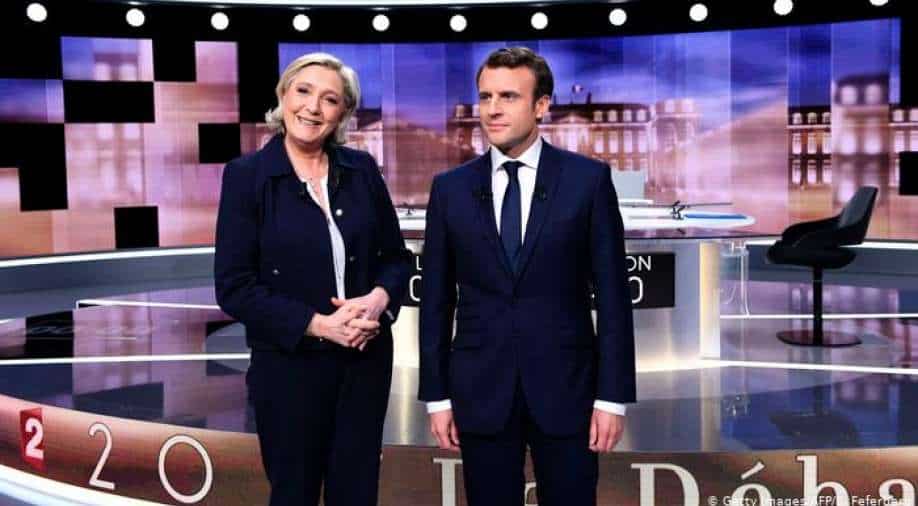 Despite both contesting the 2017 presidential election, Macron and Le Pen have performed poorly in the regional polls.

Marine Le Pen's far-right party failed to win any region, while President Emmanuel Macron's centrist ruling party suffered another beating in the second round of regional elections on Sunday, which was once again marred by low turnout.

Following a string of poor poll results earlier this month, France's far-right candidates were once again firmly rejected, with other voters coming together to prevent a breakthrough.

The Ifop polling agency estimated that the far-right National Rally barely surpassed 20 per cent of the vote nationally, trailing both the mainstream right and the combined weight of green and leftist candidates.

National Party leader Marine Le Pen quickly conceded that her party had failed to win any of mainland France's 12 regions. She immediately started looking forward to next year's presidential vote, but her party's showing Sunday suggested that it remains anathema to many voters.

"This evening we have not won any region," said a disappointed Le Pen, blaming "unnatural alliances" between foes and saying that "mobilisation is the key" to victories in the future.

Most notably, polling agencies said the National Rally was roundly beaten in the southeast, in the region that had been seen as its best chance of securing a breakthrough victory in the balloting for regional councils. As in previous national and local elections, voters appeared to have come together to prevent a National Rally breakthrough.

Mainstream candidates crowed that they had delivered painful blows to the anti-immigration party. No region changed camps, with the mainstream right keeping the seven it had previously and the left still in control of the other five, according to polling agencies' projections.

On the mainstream right, Xavier Bertrand crowed that the National Rally wasn't only stopped in his region, the Hauts-de-France in the north, but we made it retreat greatly.

The results confirmed the failure of Macron's LREM to put down local and regional roots despite controlling the presidency and lower house of parliament.

The Ifop projection said the LREM would garner just seven per cent of the votes nationwide, despite several ministers standing and Macron himself embarking on a nationwide tour that saw him at one point slapped by a member of the public.

The LREM's chief Stanislas Guerini admitted the elections marked a "disappointment for the presidential majority".

The results leave the right in charge of seven regions, the left with five and Corsican nationalists in the office on the Mediterranean island.

"Revenge for the parties of the 'ancient world'" commented Le Monde daily, while noting the success was "tarnished by a record abstention".