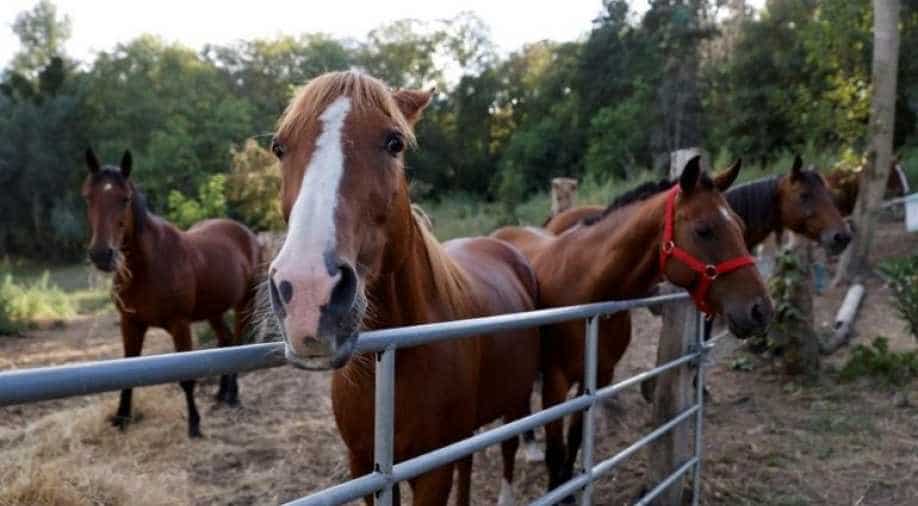 Investigators in France officially opened more than 150 probes into the killings and mutilations of horses all over the country.

"I hear the fear, the concerns, the disarray of horse owners," he said.  Denormandie added that a toll free number was in the process of being made available to horse owners starting Wednesday morning.

Horses have been found mutilated across the country. Many had their ears cut off, eyes gouged out, and even genitals mutilated. The police still don’t have a clear idea of what and who is responsible for such brazen acts of animal cruelty.

However, many conspiracies have been making rounds on the internet, including a potential satanic ritual, a trophy hunt, or perhaps an internet challenge. If it is an internet challenge, it may have emanated from the dark net, which is much more vast yet a closed offshoot of the regular internet, with no rules and regulations in place.

The police had arrested a 50-year-old man on Monday in eastern France, but he was seen let go for there was no evidence against him. He was released without any charges.

The killings began early in 2020

France has reported more than 20 killings of horses and many more injuries in recent weeks, in a campaign of attacks on the animals that appears to have begun at the start of the year and accelerated last month.

Over the past weeks the country has been shocked by a succession of mutilations of over 150 horses that have seen ears sliced off, genitals cut and skin lacerated.

According to the authorities, the attacks are by multiple perpetrators whose methods vary nationwide, further complicating the picture.

The issue of cattle mutilation dates back to 1606 when mysterious livestock deaths were first documented. Sheep, horses, cats, dogs, and many more have been victims of such heinous acts ever since.

Nearly 100 sheep were slaughtered in London and thousands of cow murders have happened in the US since the 1970s.

The FBI conducted investigations on cattle mutilation in the US midwest but the truth remains elusive till date.